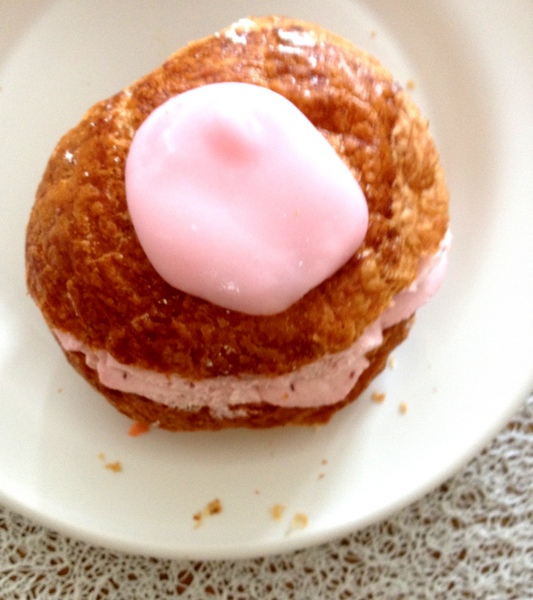 previous post: Something Sweet for the Weekend next post: Sharing Tea with Friends Contest: Win a FORLIFE Stump Teapot from Countlan
February 12, 2013

Hello from cold and snowy Copenhagen. I’m squinting because the sun came out for a moment and was shining in my eyes! 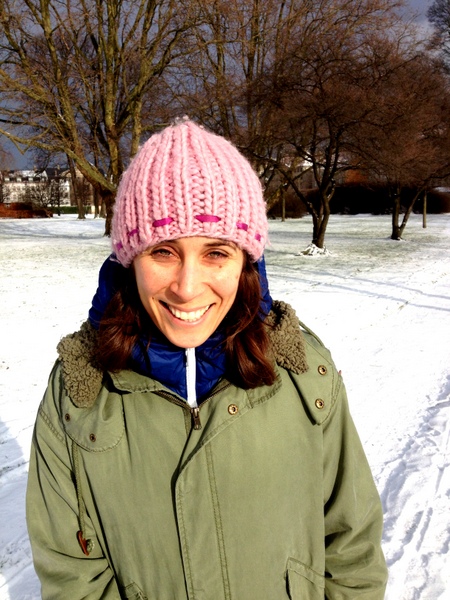 Happy Tuesday-Can I share with you what I did to maximize my cultural learning for the day? I decided to get in the Scandinavian spirit and find myself a fastelavnsboller (Danish for semla- which I posted about last week).

Today it is customary to eat this type of pastry filled with marzipan and cream.  Twitter was lit up with #semla hash tags.  I even saw a string hash-tagged as the ultimate fika day (Fika – is the art to taking a coffee with pastry in Sweden). Back to the pastry-When I was in Stockholm, I saw lots of adorable semla balls  filled with vanilla cream and stacked high in bakery windows.  In Copenhagen, I discovered the festelavnsboller is made in two shapes and multiple flavours.

I bundled up and visited four bakeries on my semla hunt: 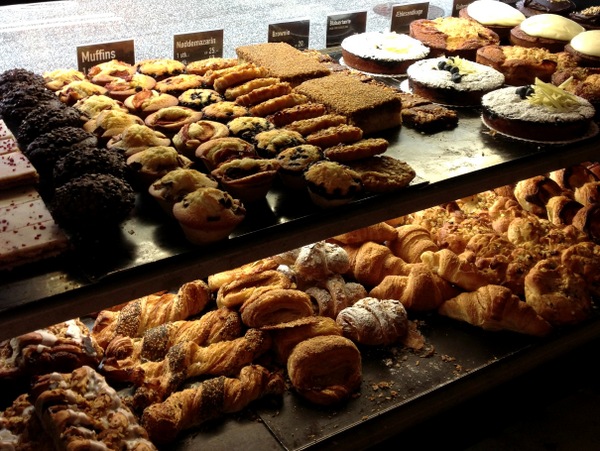 Ah-ha! I found you semla! Not in the front window but under glass at the front counter! 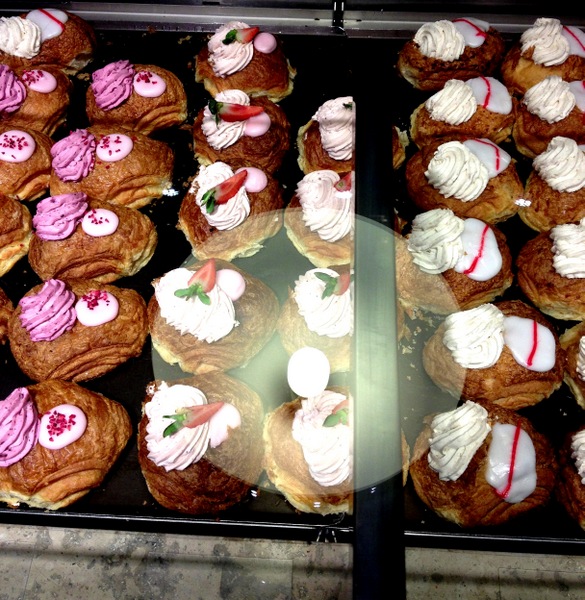 I chose a vanilla semla- 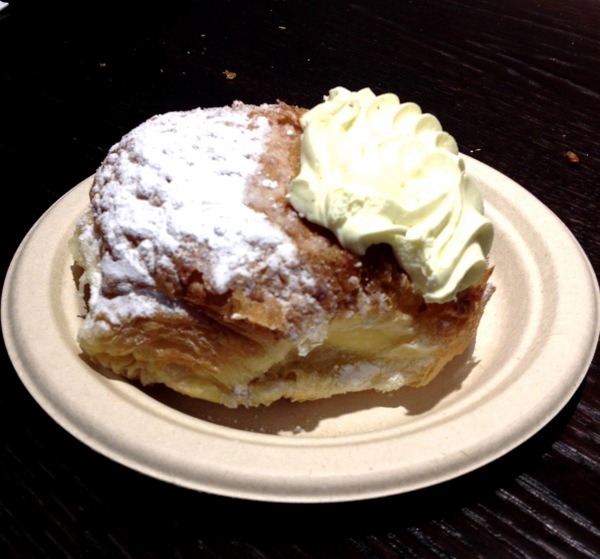 02 Gorm (no website) The girl at the cash said they did not make fastelavnsboller in ball form. Slightly disappointed but okay, I will still taste test it even thought it is in danish form.  I selected the raspberry for research sake. 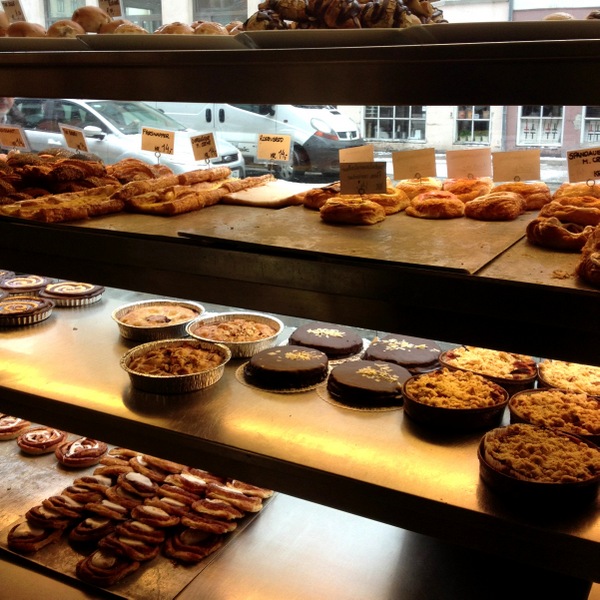 03 Emmery’s  Same thing- no balls here- only danish form- to be consistent, I grab a raspberry to go. 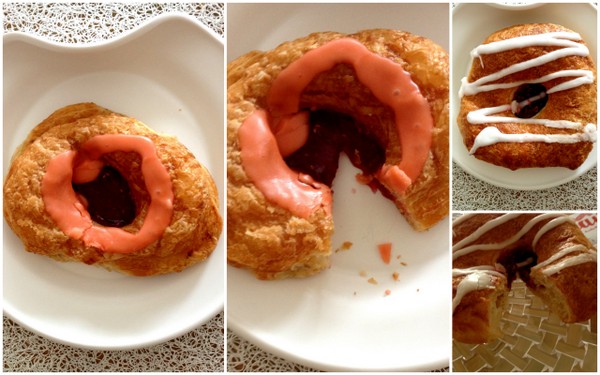 04 RvH  Finally, another bakery with a semla ball in three flavours: Vanilla, chocolate and raspberry. It was a raspberry sort of day.

The verdict: RvH and Lagkagehuset’s semla were light, fluffy and creamy.  I liked these two the best. The one from Gorm tasted like a croissant with flaky pastry and tart raspberry jam (no cream) and the one from Emmery’s (which was organic) was more like a bread in consistency- my least favourite. 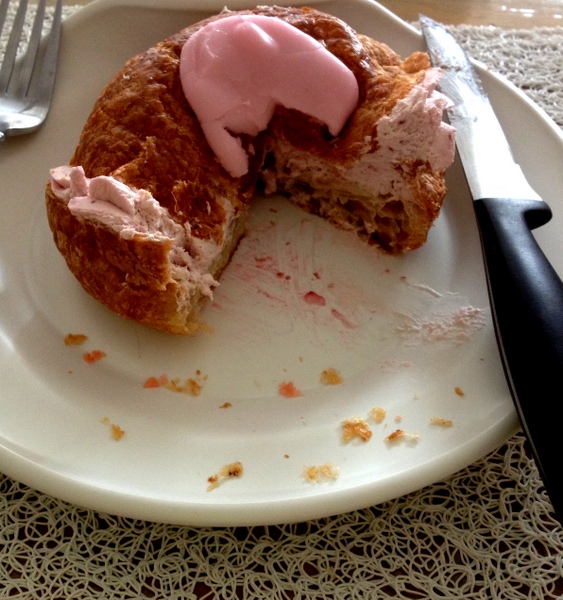 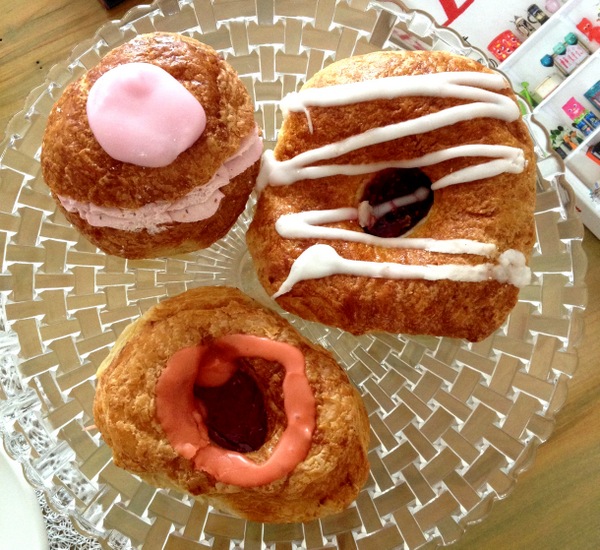 Apparently, semla only scratches the surface of what people eat on Shrove Tuesday (aka Pancake Tuesday, Carnival Tuesday, Mardi Gras, or Fat Tuesday).  I saw pancakes, doughnuts and fritters posted all over Pinterest and Facebook.

Did you taste test something today?

What is customary in your country?

Do you know of any good Scandinavian bakeries that were cooking up semla?

I still maintain that these time limited pastries should be available all year round and could easily develop a year-round cult following.  I can see the parties now-