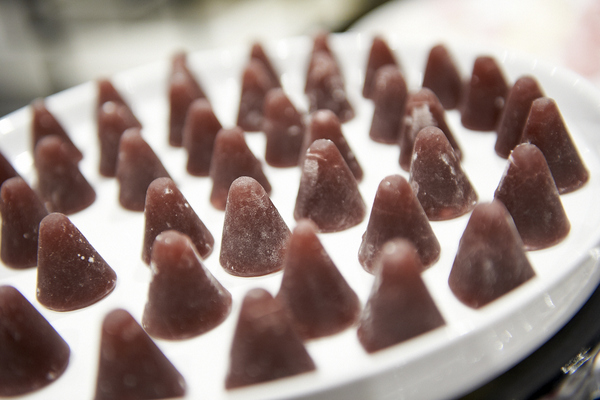 A closer look at cuberdons

Artisanal candy comes in all shapes and sizes, but none is as unique as the bright purple, cone shaped, cuberdon; a candy native to Belgium.  Doesn’t ring a bell?  It is a typical sweet from Flanders with an outer shell and sweet syrup in the centre.  The cuberdon was invented in the 19th century by a clergy in Flanders near Bruges.

The candy was essentially the result of an error made by a priest who had trouble getting his candy to completely dry out.  The result: the centre of the cuberdon stayed incredibly smooth and soft, while the outside formed a shell.  It is here, so the story goes, that the ‘bon bon’ (candy) gained its ‘priest’s bonnet’ nickname. ” We asked Jérôme Stéfanski, owner of Cuberdons Leopold, to share his passion for the conical candy. 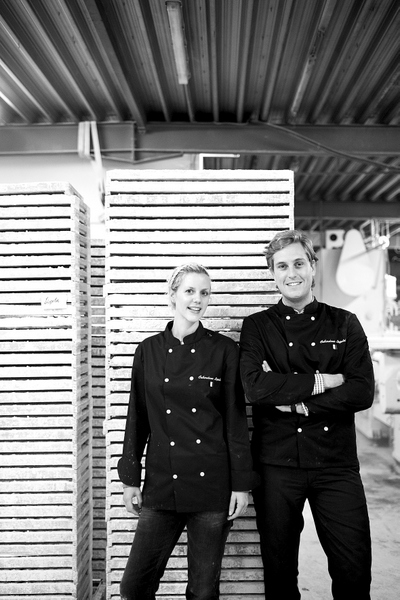 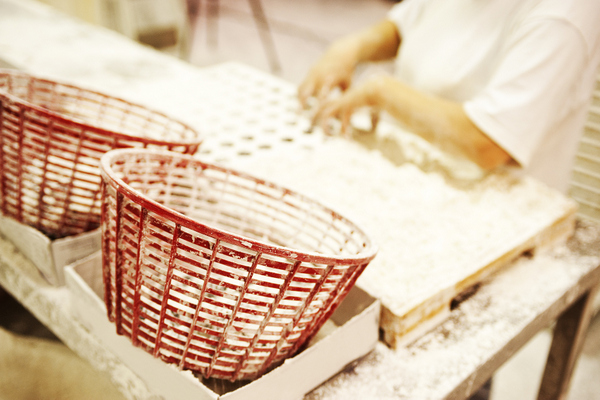 01 What does a cuberdon taste like and how do you eat it?
Raspberry is the original flavour used to prepare cuberdon.  However, you don’t necessarily taste ‘raspberry’ because it is blended with several flavours in a special way to create the one and only flavour of cuberdon; an original taste in and of itself.

The flavour can be described as a combination of the perfume of raspberries combined with red, jammy fruits. Some people say it’s like violet or barbe à papa (cotton candy) but you can’t describe it! Texturally, it has a delicate outer layer crust that melts in your mouth and releases a refined, sweet syrup. The taste of the cuberdon is unique.

As a sweet, cuberdons can be eaten as a snack or for dessert. They go well with tea and champagne.  Cuberdons juice can also be used as flavouring in different recipes such as macarons, milkshakes, ice-cream, and also on foie gras! 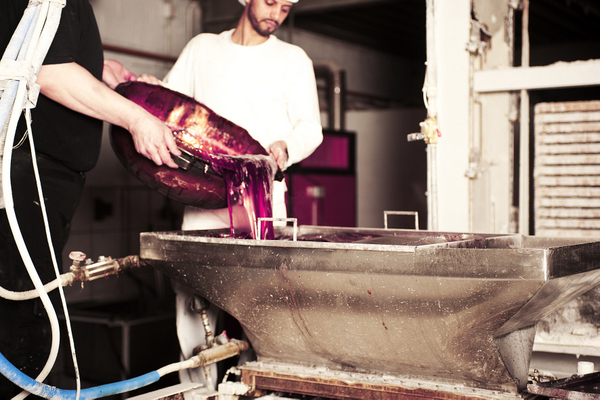 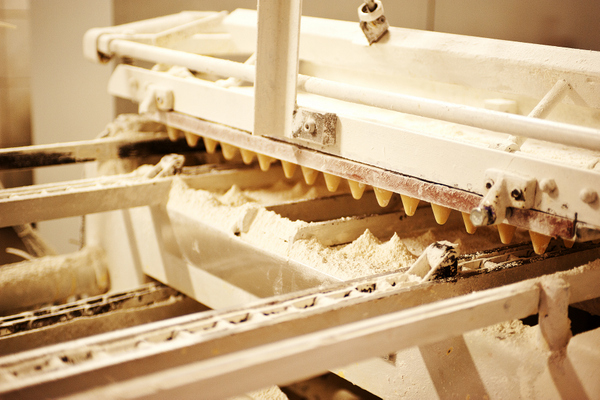 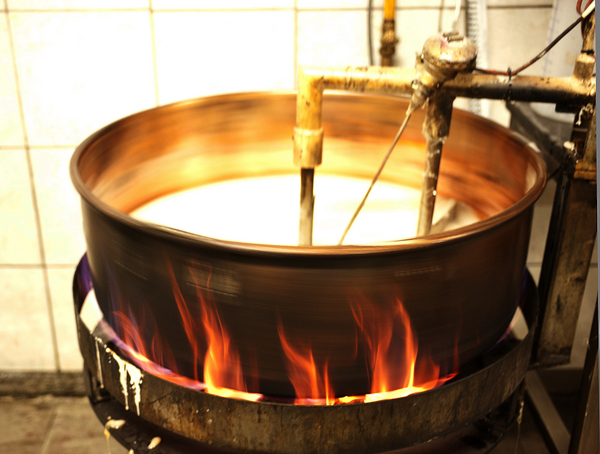 02 When and why did you launch Cuberdons Leopold?
We officially launched the brand on February 9th, 2012.  I remember the exact date because it is the date we received our very first order: 150 boxes for Valentine’s Day for Club Med.  One day, several years ago, I read a reportage dedicated to cuberdons in a business magazine. This article was about the handmade process of the true cuberdon and the difficulty to find skilled craftsmen to create this candy.

I immediately thought, “Waouhhh that is incredible.” I didn’t know it was so noble to produce cuberdons.  With guidance from an experienced producer, we learned to make cuberdons.  It takes seven days to produce one cuberdon because the sweet has to sleep in a warm and dry room at 55°C.  My idea was to create a new, luxury brand of cuberdon, based on the original recipe, but with new ingredients and improvements like only using 100% natural ingredients. 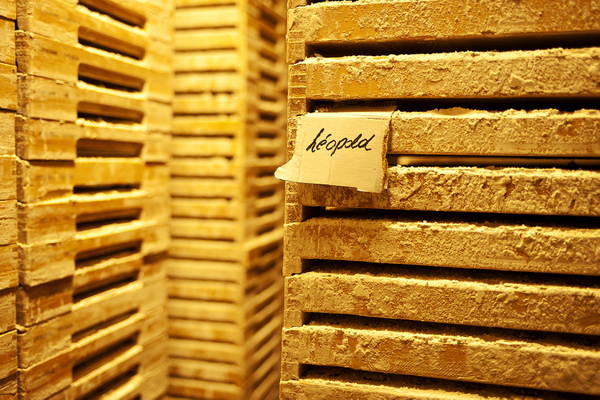 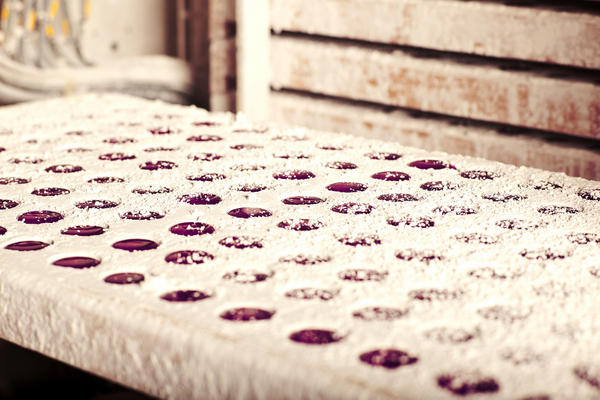 03 How many cuberdons do you produce a day?
Approximately 1500 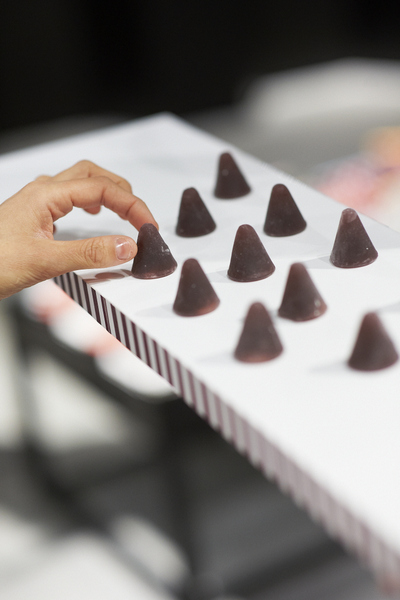