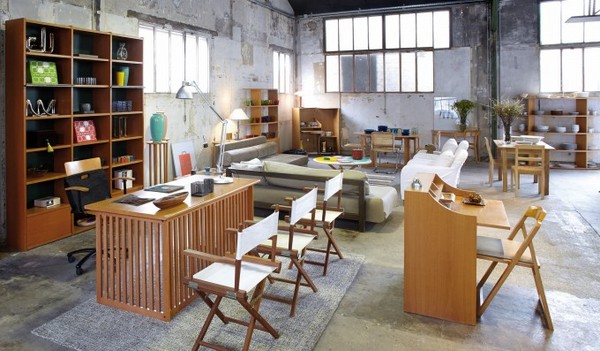 Habitat  originally started in London in 1964 by Sir Terence Conran, the English entrepreneur, restaurateur and designer. The store was wildly successful  and over the years expanded into several countries. However, around 2009, the company ran into difficulties and was forced into administration.

The store was most recently sold to French firm, Cafom SA and look what they’ve done now- The new Habitat 1964, located in Saint-Ouen,  is a 25,000 square meter vintage village and a tribute to the roots and iconic designs of the original Habitat store. Instagram was a buzz with new photos snapped at the store opening.  I wish I was there to visit in person.