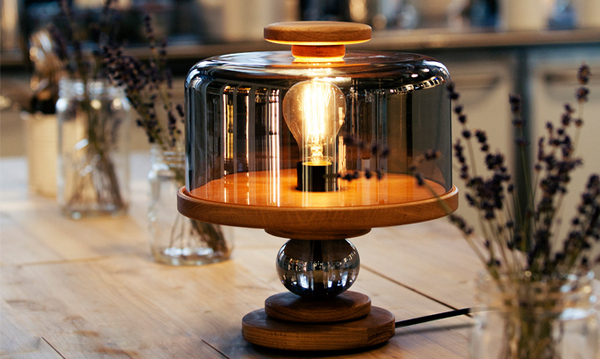 Cake Lights and Cooking Behind Bars

I don’t often post about lighting but I thought the “bake me a cake” light from Morten & Jonas, a Bergen (Norway) design team who graduated from the Bergen Academy of Art and Design, was a standout tabletop item and worth mentioning.

The light is made out of oak wood and smoked tinted glass and resembles a cake stand and dome.  However, that is not why I’m sharing this item- although a cake stand light is pretty cool.

The interesting story behind the ‘Bake Me a Cake’ light is that it is manufactured by the inmates in Bergen prison in Norway.  Designers. Morten and Jonas, collaborated with the Norwegian Correctional Services and Northern Lighting to bring the light from design to production and bring a meaningful activity for the inmates inside Norwegian prisons.

It’s funny I found this light when I did.  Two or three weeks ago, I received an email for an unusual dining experience hosted by Copenhagen’s highly regarded restauranteur/food entrepreneur,Claus Meyer.  The invitation was to come dine in a prison where five course meal was to be cooked by inmates.  Over the years, Claus’s food empire has grown to include a non-profit arm called the “Melting Pot Foundation“.  This part of his business works on food related projects that impact and improve the quality of life and future prospects of various vulnerable and marginalized groups in society.  One such project is the CriminalAuthorities (CA) re-socialisation project, a cooking school for inmates and a restaurant behind bars in one of the state prisons.

Along the same lines as Morten & Jonas’s light, the CA project was set up to teach 16 inmates in a maximum security prison to cook Michelin level cuisine and serve it to discerning guests from the outside.  Based on improving Denmark’s prison rate statistic:  “In Denmark, 26% of all ex-convicts re-offend. Convicts having served two prison terms are fifty-fifty to return for a third term. One of the main factors sustaining this vicious circle is the difficulties prisoners face in (re)entering the job market.”  Projects like Criminal Authorities is where cooking and the food business comes in, according to Clause Meyer’s website.

Why not!?  Both programs unconventionally challenge behaviour, thinking, and actions, provide meaningful, concrete projects and activities for inmates while creating worthwhile work and bankable skills.  Chef Gordon Ramsay did a similar cooking behind bars program here 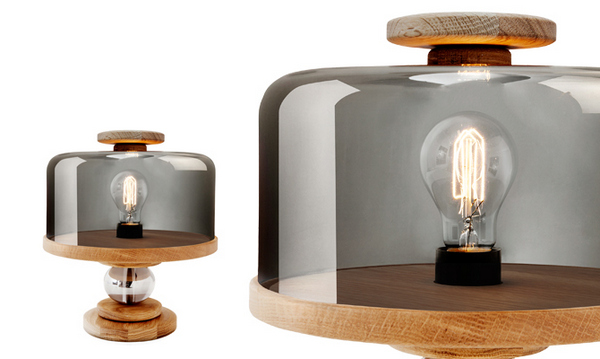