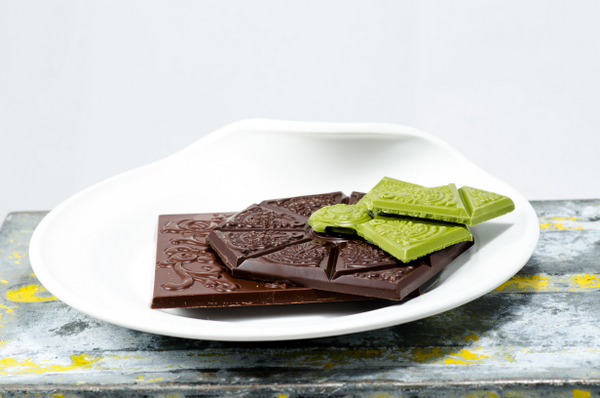 Husband and wife team, Zsolt Szabad and Katalin Csiszar, launched Rozsavolgyi chocolate in Budapest in 2004. At the time, Zsolt, a mechanical engineer, and Katalin, a graphic designer, were searching for an idea they could develop together and “the idea of making chocolate felt right” says Zsolt.  They built a “chocolate laboratory” as an extension to their house which remained as their factory for five years until they moved into their current location in the city.

After picking up the basics, Katalin went to study under Lionel Gauvin in France, Roberto Catinari in Italy and Michael Recchiutti in San Francisco to hone her chocolate making skills.  The couple quickly realized that in order to make the best chocolate from the best available ingredients, they would have to move away from buying expensive couvertures that tended to be over roasted and go directly to the source.  Today Rozsavolgyi chocolate works with seven types of cacao beans (five from Venezuela and two from Madagascar) and makes eight types of single origin tablets in addition to seasoned tablets and bonbons which are all handmade and hand wrapped. 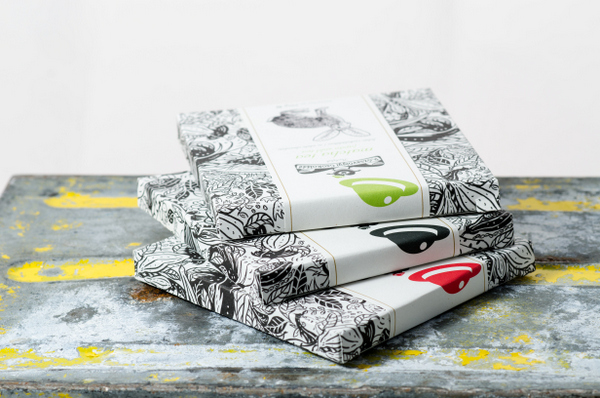 01 How did you start Rozsavolgyi Chocolate?
Our company started off in 2004. My wife (Katalin Csiszar) and I decided to start building a chocolate making business. At that time, she was a freelanced graphic designer (with a degree in illustration and animation), and I was working full-time as a mechanical engineer. I can’t exactly recall how the idea came around, but we had been looking for something worthwhile to move into on a longer term, and the idea of making chocolate felt exactly right.

My wife started to pick the basics up from books, the internet and available courses. We decided to build an experimental “kitchen”, or laboratory as an extension to our house, and that actually became the “factory” for the first five years before moving to our current location.  During the first year of building the business, my wife went to learn practical chocolate making skills from Lionel Gauvin in France, Roberto Catinari in Italy, and finally to Michael Recchiutti in San Francisco.

By that time, she already had a range of 16 different bonbons that were sold to a few local confectionery shops. I was trying to help her and the business. In busy periods, we would do our work all day, get home, get the kids in bed and go down to the laboratory and work until midnight or 2 am to get the chocolates finished.  On September 8th, 2008, we opened our small shop in downtown Budapest (the same as we currently have). We temporarily stopped all other sales, but it was still too much for me to handle “part-time”, and it was really unexpectedly successful, so I quit my job and went to work as a full-time chocolate maker together with my wife.

The idea was to make the best chocolate from the best available ingredients, with the best possible techniques. However, we soon felt that despite buying the most expensive couvertures and other chocolate (i.e. for ganache), it is never of the right aroma or flavour profile. They generally tended to be over roasted and almost always vanilla would be added.

So we started to make our own chocolate with a vintage granite roller (we still use that for pre-grinding the nibs). In parallel, we needed interesting cocoa beans, so we started to track down farms and farmers in South America. Finally, we got to meet the Franceschi family from Venezuela. I went there to see their plantations and partners, and taste all possible cocoa beans that I could cover during my visit. I had the opportunity to learn the essential tests and techniques to assess bean quality and types, and to see what happens to the beans before they get shipped to us.

02 How many products do you have today?
Today, we work with seven different types of cocoa beans (five from Venezuela and two from Madagascar). We make eight types of singe origin tablets, 18 seasoned tablets, 30+ chocolate bonbons, dragees, candied citruses and many other products. All of our products are handmade and hand-wrapped. We received numerous awards from the Academy of Chocolate (London) for our bonbons and single origin tablets.

03 What makes your chocolate unique?
The Madagscan beans come from the Akesson estate in Madagascar, all being certified organic. We only add organic cane sugar and a few percent of cocoa butter to the nibs when making chocolate. Our roasting is very mild (closer to sterilization that roasting), thus we’re able to preserve more of the cocoa beans’ natural “plant-like” characteristics. That’s why our single origin tablets are so different, and so much unique. Our style is recognizable. We buy good-tasting beans, so we want to emphasize their natural character, rather than trying to suppress that. I’m not saying we’re not trying to remove anything during conching, but we do keep that to the minimum that is necessary. Temperatures and airation is constantly monitored and adjusted to preserve the character as much as possible. Again, all manually and by regularly taking samples. 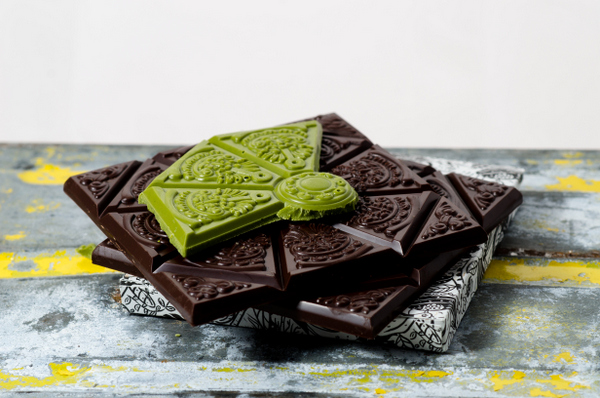 04 What is your most popular bar?
We’re probably best known for our Porcelana and Trincheras bars, and for our lemon-oil caramel from the bonbon range. Two of the top local restaurants use our Trincheras and Madagascar trinitario chocolates for their desserts.

05 Why did you take an interest in bean to bar?
Personally, I’m only interested in bean-to-bar when tasting new chocolate. I don’t think it makes sense to review or award a prize to a tablet from someone who only molded or blended and molded somebody else’s chocolate. Much attention is given to proper tempering and molding (the look, the snap…), and those are important too, but the most important is the material itself. A good chocolate could be re-melted, re-tempered and molded, and it’s perfect, but even the best tempering will not make an uninteresting chocolate taste good. An interesting chocolate, however, will taste just as nice untempered. It might look uglier, but it will taste delicious. Bean-to-bar for us came round, because we wanted to control as much of the process as possible. It’s simply about quality. Bean-to-bar puts a name behind the chocolate. It says that it’s made entirely to someone’s taste. Now, you can decide who’s taste is closest to yours.

06 What is your favourite way to eat chocolate?
Both my wife and I eat a lot of chocolate. Mainly plain dark. I can appreciate all of our single-origins on their own. I also love a good chocolate cake with fresh whipped cream. We’re regularly challenged with finding good pairings to wine, and there have been a number of combinations that worked really well. It’s fun sometimes, but the rule for me is more chocolate on its own, and wine on its own.

07 Do you have a favourite bar that you make?
I don’t have a single favorite. All of our single-origins are exceptional. For example, the Porcelana is mild and subtle, while the Rio Caribe is robust and “farm-like”. You can even feel dry hay in it. I like Trincheras very much, because it was a personal discovery, and a very rarely used bean, and the Madagascan criollo is just beautiful.

08 Do you serve chocolate at home?
We always have chocolate at home, and we constantly “supply” chocolate to our families. My wife started to make macarons a little more than a year ago, and that quite often ends up as a treat for guests. She uses half and half cocoa bean flour and almond flour (full-oil), and chocolate fillings and no colours (we don’t use colours and preservatives anywhere). It works really well.

09 What is next for Rozsavolgyi Chocolate?
We’re looking for new opportunities to expand our sales and to even out the demands. We’re currently exploring opportunities to move into new countries and possibly to expand a little on current markets. It all needs to be kept controllable and small-scale though.
Web: www.rozsavolgyi.com