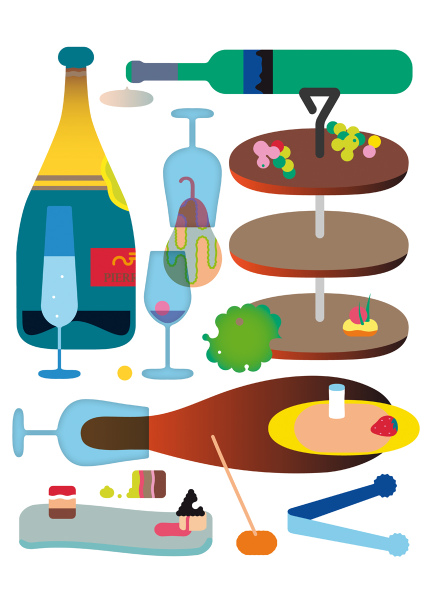 The Aftermath Series by Leandro Alzate

We have all been there- the dreaded clean up after a party.  Sometimes the aftermath is a piece of cake and other times it can look like a bomb went off in the kitchen or dining room.   Berlin based illustrator, Leandro Alzate drew on his experience from the art world having attended many opening parties, vernissages, coffee breaks and other gatherings when he drew the Aftermath Series.  Leandro’s bright, colourful illustrations playfully depict the aftermath of a party. 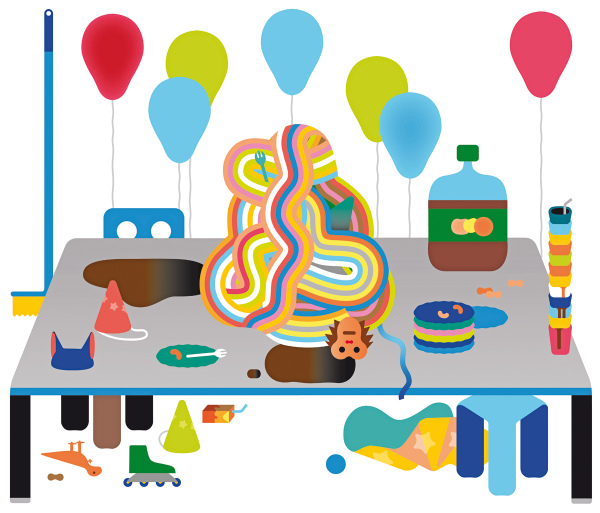 INTERVIEW: Leandro Alzate, Illustrator, Berlin
01 What was your inspiration for the Aftermath Series?
I usually deal with the issue of order vs. chaos in my drawings. The remaining landscape after a party, a congress lunch break or a kids birthday celebration shows often this tension between the ordering and the chaotic action of people. Bizarre, playful constructions emerge while the preexisting order of food and drinks collapses.
02 What did you illustrate in the aftermath and why were these items important to depict this theme?
I guess that most of the items depicted in Aftermath come from a first-hand experience: I’ve attended to many opening parties, vernissages, coffee breaks and so on during a period of my life. Eating or drinking in the park is something that I usually do here in Berlin… so the brain stores these small details surrounding the experience, it’s the life told through a couple of objects.
03 Was the Aftermath series a commercial piece, something for fun or something for a gallery?
This series was a personal exercise on style. I wanted to try some compositional and formal aspects in a playful way.
04 Do you entertain at home?
Not very often, but of course I do. I try not to be an over conscious host, that would be scary for my friends!
05 Do you often have an aftermath to clean up?
Sometimes… aftermath happens! Anyway, the most devastating aftermath I had ever to confront was the outcome of a studio closing party in Bilbao. It looked like the after effects of a Tsunami. 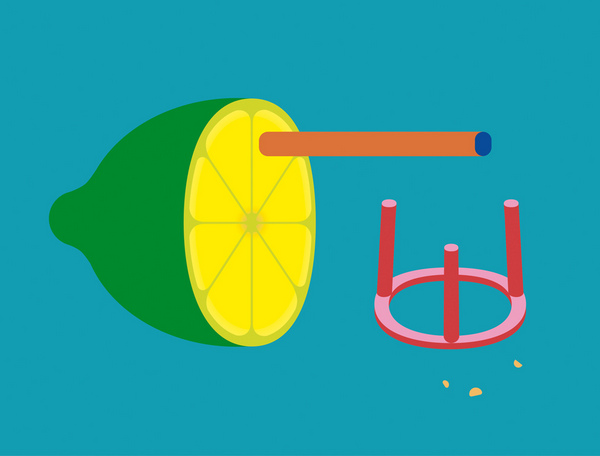 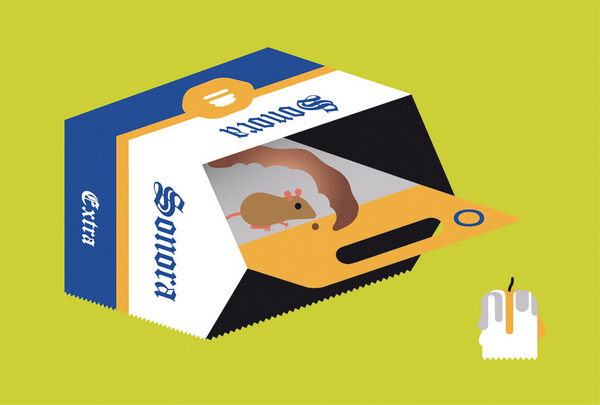 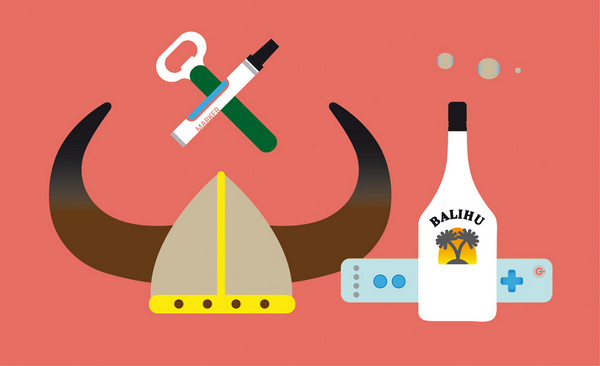 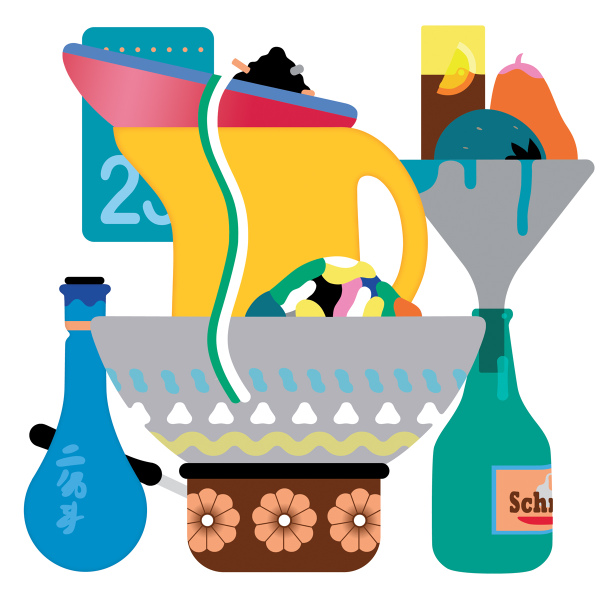 One Response to “The Aftermath Series by Leandro Alzate”