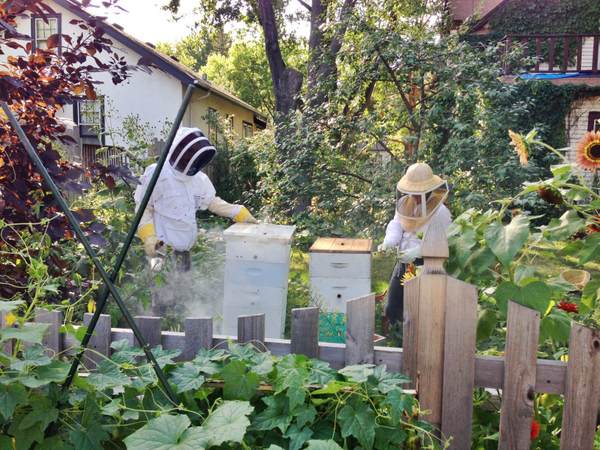 After being banned for more than 30 years, urban beekeeping was legalized by the Minneapolis City Council  in 2009.  It was at this point that Jake and his wife decided to take advantage of the new ordinance and set up a hive in their backyard. It set the groundwork for what would evolve into a network of more than two dozen backyard urban apiaries throughout the city.  Countlan talks with Jake on the name of his honey brand and the importance of urban apiaries.

01 On naming your unpasteurized, raw, local honey and beeswax:
My name is Jake and I’m a rather lanky fellow, so the Skinny Jake part came from that. Fat honey felt like it had some attitude, and made a good juxtaposition to Skinny Jake. I tend all of our hives personally, and I am a big advocate of local honey. I love our bees and our honey, and I often remark how fat and happy they are. Thus, Skinny Jake’s Fat Honey.

02 Why urban (backyard) honey?
As urban populations continue to grow, the disconnect between how and where food is made, and how it is purchased and consumed grows larger. People that host hives in their backyards (and their neighbours) get to see a kind of farming and harvesting happening right on their property. They get to eat honeycomb freshly drawn from a hive, they get to smell the welcoming aromas of beeswax and nectar that wafts from the hive on a warm day, they get to see an unordered banner of bees in the urban sky condense into the nectary nebula of the hive.

03 A front row seat:
The closer you are to your food, the more clearly you see its value. Honey doesn’t just appear on shelves—one bee makes .083 teaspoons of honey in its entire life. It takes hundreds of thousands of bees to make a bucket of honey. Observing a hive in your backyard shows you how on cold and wet days, bees stay inside, and on warm sunny days, they are out gathering nectar like crazy. You notice that the veil between us and nature is very VERY thin. Is there any sense of those wonders from industrialized food? For me, the answer is no.

04 What you have learned as a beekeeper:
Beekeeping, while incredibly fun, is a lot of work. It is a type of farming. The amount and quality of honey we produce is dependent on the health of the bees and the weather. When our honey supers (the boxes that are stacked on beehives) are full, they weigh upwards of 60 pounds, and make for some heavy lifting.

05 How to eat honey:
I love it in my morning tea. I know it may seem simple, but I think its aroma and flavor come through best in the simplest applications. My wife, Kerstin, enjoys baking with it, especially in almond cake. 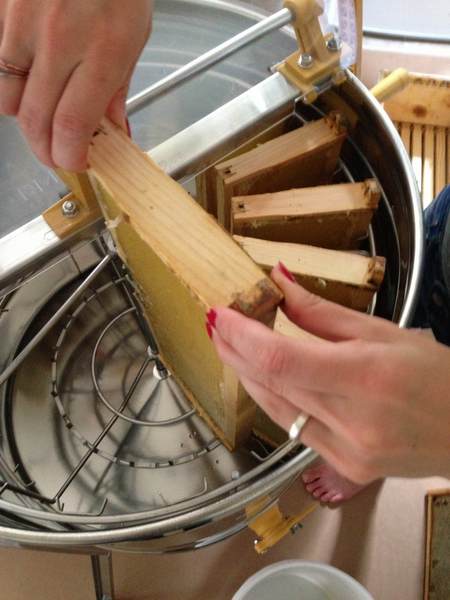 01  Why urban honey?
Many rural beekeepers offer single-source honey, which means that the majority of the nectar gathered is from a single type of flower, such as basswood, sweet clover, or lavender. I think those flavors are very interesting, and they can sometimes be very intense. Urban honey, however, comes from the jungle of flowers that people plant in their yards and set on their window sills. It comes from the blooming apple trees and rose gardens in our city parks. It comes from the clover, goldenrod and alfalfa that grow in thick clusters along our freeways. And it comes from the green roofs and community gardens that dot the city-scape. The complex floral aroma of urban honey is like no other, and is a true delicacy.

Cities and dense urban areas are not often thought of as agricultural assets, but as GMO crops, monoculturing, and the heavy use of pesticides and herbicides continues in our rural and traditional agricultural areas, urban zones are becoming oases for honeybees and other pollinators that thrive on the diversity of blooms that cities are home to. Cities are also spared the constant spraying that covers the fields and forests of rural areas with harmful chemicals. Urban apiaries not only educate citizens, bring them closer to their food, and impart a sense of wonder and awe into the lives of everyone who sees them, they are also providing habitats for honeybees to be robustly healthy.

02 What gap exists in the mind of the consumer when it comes to purchasing honey?
Until recently, the honey market in the U.S. was heavily influenced by imported honey from Asia. Much of it was laundered through other countries. It was contaminated with fillers and chemicals that contributed to it being sold at a much cheaper price than domestically harvested honey. I believe that a class-action lawsuit is underway and that the importation of that honey has stopped. The effects of that change haven’t been felt in the market yet, but they will be soon. I suspect that honey prices will gradually rise as honey producers find the right price point.

Another thing that is important for consumers to keep in mind, especially health-conscious ones, is that many of the benefits of honey depend on it being local. When used to treat allergies, local honey is a must, as it contains the pollen fragments that are unique to your region. A lot of commercial honey is a heavily industrialized product. It is often imported from overseas, pasteurized and cooked down, heated to temperatures that damage its aroma and color, and heavily filtered to remove any traces of wax and pollen. Local, unpasteurized honey is full of the aroma of the flowers it was gathered from, and all of the enzymes that give it unique health benefits are left intact. 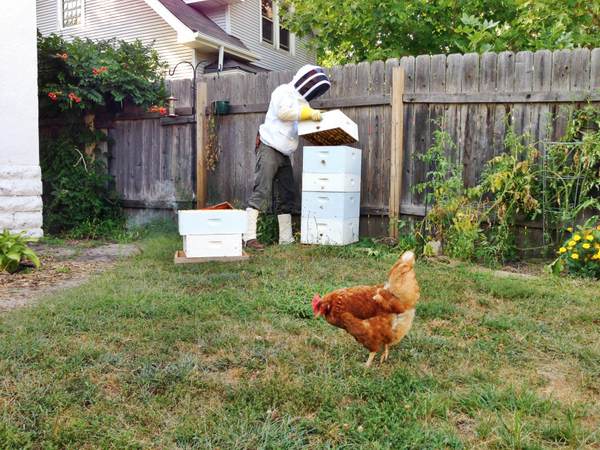 03 What was the most significant thing you learned about honey or about bees from launching Skinny Jake’s Fat Honey?
Beekeeping, while incredibly fun, is a lot of work. It is a type of farming. The amount and quality of honey we produce is dependent on the health of the bees and the weather. When our honey supers (the boxes that are stacked on beehives) are full, they weigh upwards of 60 pounds, and make for some heavy lifting. I’m not complaining about the work at all, it’s just an aspect of beekeeping that wasn’t totally apparent to me at first. I was focused more on the poetic qualities of honey and summer in the city when we first entertained the idea of becoming commercial beekeepers.

04 Where is Skinny Jake’s Fat Honey available?
Currently, our honey is only available by e-mailing me directly, or ordering food at local restaurants that cook with it. We don’t do much retail sales, but that could change in the future. Our website lists the restaurants in Minneapolis that use our honey.