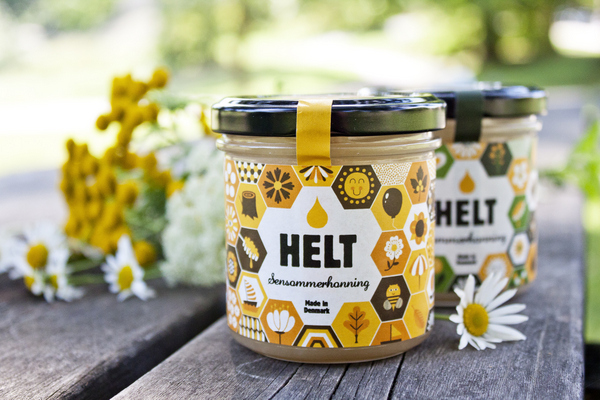 previous post: The Nutcracker: Inspired by a low-tech solution and a pecan next post: Korridor Design
October 29, 2013

Helt is a Danish word meaning “hero.” “I think bees do a heroic job,” says Anthony Lee of Helt Honey, a small urban honey company based in Aarhus, Denmark. Anthony, a trained archaeologist, moved to Denmark a few years ago after meeting a Danish girl on his travels around Europe.

He soon found that archaeologists were not in high demand. With time on his side and an interest in animals and wildlife, he signed up for an evening beekeeping class. Hooked on this new body of knowledge, Anthony secured a summer job with a local beekeeper who happened to run one of Scandinavia’s largest beekeeping enterprises. He spent three years learning all about bees, honey, and the surprisingly backbreaking work involved in beekeeping. 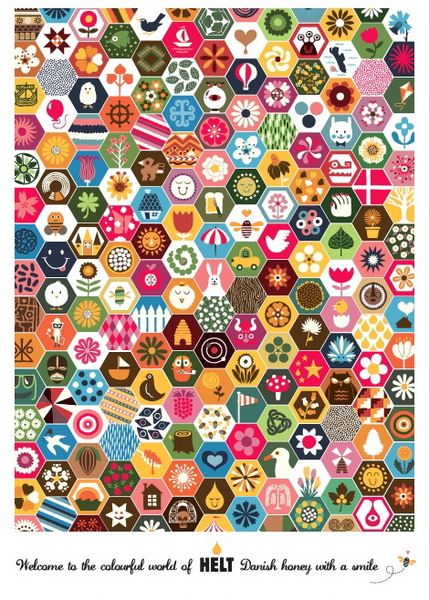 While learning his trade from these experts, an idea for his own small honey company was germinating. Living in downtown Aarhus, Anthony decided to set up beehives by his apartment. After two years of preparations and market testing, Anthony was ready to work full-time on Helt, which launched in 2012.

“Each time I open a beehive, I still get this peaceful feeling and I am slightly mesmerized watching bees in their wild, untamed environment,” says Anthony. He views honey as both an economic and social means to life. The majority of Helt’s honey comes from the Aarhus area, although Anthony also collects, the rare heather honey from Denmark’s west coast. His dream is that an increased demand for honey will encourage a new generation of beekeepers to take up the profession and ensure a healthy future for bees.

+ July and August: Slightly darker honeys with a vanilla aroma and caramel aftertaste. These stronger tasting honeys vary from year to year, but can contain nectar from thistles, clover, wild raspberry, linden trees, rosebay willowherb, and other plants.

+ From Aarhus: A delicious, slightly citrusy, light, golden honey from the lime trees. We also get a darker, strong malty honeydew honey, which can come from the same lime trees.

+ From the west coast of Denmark: The famous and rare heather honey, which has a strong, bitter, smoky taste, and is totally different to any other honey. 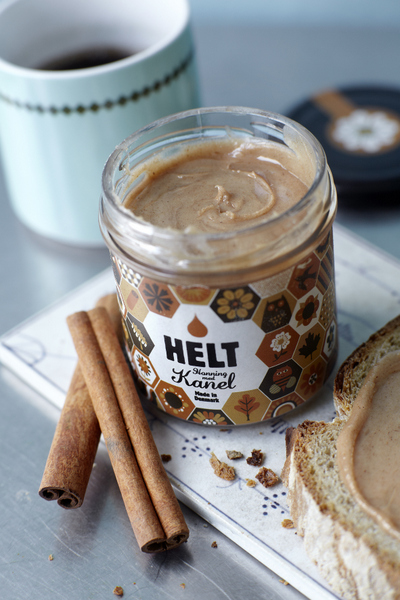 01 Can you talk about the identity and values of your brand?
Danish honey with a smile. Making honey for a living is a simple, sweet pleasure, where one can play out childhood dreams of being outside and staring at insects for hours on end, making a little fire every day to put in the bee smoker, gnawing on fresh pieces of sticky honeycomb, and feeling sad when it rains.  Our graphic identity reflects the childlike innocence that bubbles under the surface of all beekeepers.

02 Is all Helt honey produced in Aarhus? How many hives do you have?
The majority of Helt honey comes from the Aarhus area, although we also collect heather honey from the west coast of Denmark. In total, the honey comes from over 200 hives scattered throughout the area.

03  What was the most significant thing you learned about honey or bees from launching Helt? During my three year apprenticeship, I came to appreciate honey for the first time in my life. Up until that point, I was never actually a big honey eater. I came to realize that honey is a miracle of nature and should be afforded the attention and respect it deserves. I decided that if I was so passionate about honey, I should do something about it. That is when I decided to create Helt.  Since launching Helt I have had another key realization: One needs to sell an awful lot of honey before there’s enough to money to live. Starting my own business is the hardest thing I have ever done, but it is also the most rewarding.

04 What is your favourite way to eat honey?
Spread thickly on home-made bread.

Get Your Honey On with These Recipes