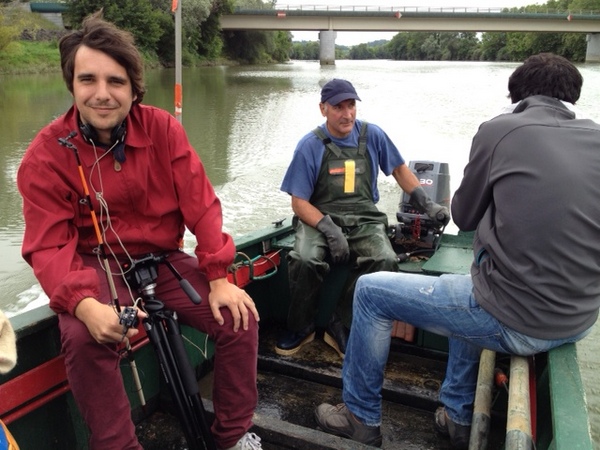 Documenting Food on Film: The Making Of {Europe}

City life often comes with its advantages; one of which is access to a variety of food. We head to specialty stores, local grocers, supermarkets or hypermarkets to do our shopping and typically make a choice based on familiarity, necessity, price, packaging, word of mouth or convenience.  However, as the team behind The Making Of film project questioned, why don’t the people and the story behind the product play a greater role in influencing the decision process? 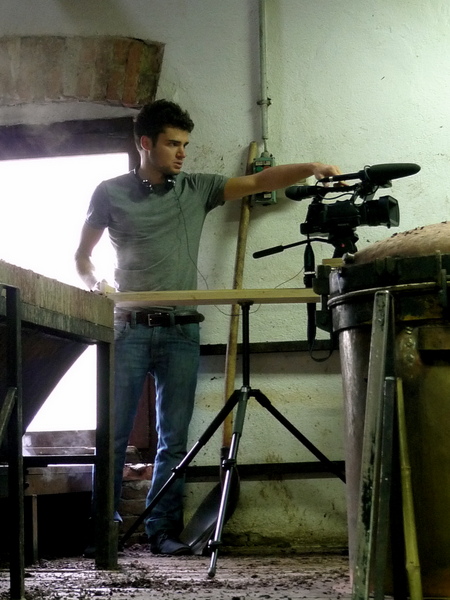 From this starting point, Ignacio and Constanze aimed to explore and document a better way to connect people and food.  “Our videos are about people who started food projects within their lifetime, as opposed to having inherited a running business.  These individuals successfully created their own projects. For these producers, being featured in one of our short films means certain recognition to their life´s work” says Ignacio. Currently, the group has made 15 films which are posted on their website and will be posting more soon. 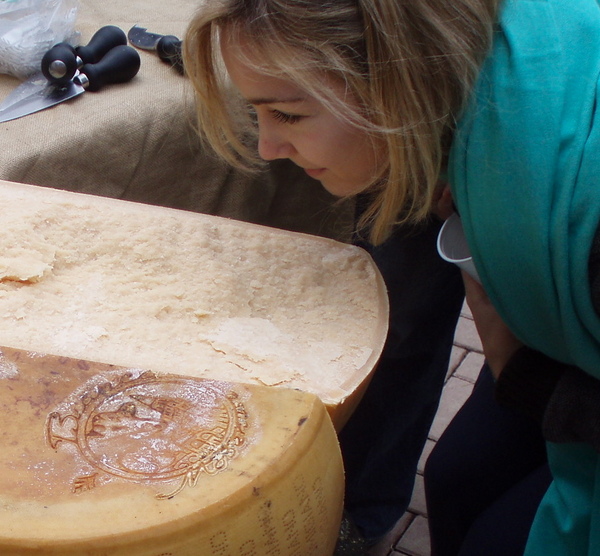 01 Are you only working in Europe?
We started shooting in Europe because of the rich gastronomic culture found throughout the continent. The issue of proximity and language were also important factors for choosing Europe, as we speak English, German, Spanish, French and Italian there are no communication barriers for us. For the time being, The Making-of is a European project but in the future who knows, we would love to discover amazing food producers world-wide.

02 How many films have you made thus far and how many countries have you visited?
Currently, there are 15 films out on our website: www.themaking-of.eu, and there will be more coming soon. So far we have shot in Austria, Germany, Italy and France.

03 How do you choose the stories/producers/regions to work with?
Finding the right producers is an important part of our work. Above all, we look for the highest product quality. But the producers must also have a certain passion and dedication to their craft, as well as a wider concern for their products’ environmental impact. Having studied at the University of Gastronomic Science in Bra, and having been involved in the Slow-Food movement, Constanze has had plenty of experience visiting food producers, and after five years of study, she developed an impressive network of contacts within the European food scene. This fact is crucial and really helps a lot when we visit producers and explain to them our project.

Photo Source: The Making Of

04 What are the two most interesting things you have learned since starting this project about food?
I think one of the most interesting things that we have learned is that you cannot be afraid to start something that makes complete sense to you even if nobody else is doing it and people around you think that you have gone crazy. Most of the producers we filmed started their food production companies from scratch. They broke away from their previously boring lives and risked everything they had for something that made complete sense to them. So to the common folk, most of the producers we visited would seem not only passionate but crazy. They have given themselves entirely to their dreams.

05 Do you cook at home?
Yes we cook all the time. Constanze is an all-rounder and can do the most delicious dishes with whatever inspires her. I am much more conventional, still improving my Spanish tortilla and refining a Cantabrian flagship dish which is chipirones en su tinta con arroz (small calamari cooked in ink, with onions, garlic, tomato sauce, white wine and pinch of pimentón. served with rice).

06 What role did food play in the home where you grew up?
I feel lucky to have been brought up in a region where food culture is an essential part of life. In Cantabria, (northern Spain), concepts such as land and sea, seasonality and festivities, simply cannot be understood without food culture. Food has also been a very family related issue. Big family gatherings usually meant overwhelming and delicious meals and my dad was always the ideologue of these meals. Much to the disillusionment of my mother who is not really a foodie.

07 What is next for The Making Of?
We basically want to continue what we are doing but we want to take the website to the next level. We plan to develop the website so it will become a platform that is not only a window to amazing food producers but also provides viewers with more experiences. It is not only important for viewers to see and understand how great products are made, viewers should also have the chance to taste these products and interact with producers.  We would like The Making-of to eventually become an online European food-hub and for this we are currently exploring different strategies. I think the development of partnerships will be very important for us in the future; we are always open to discuss collaboration proposals with anyone who shares our philosophy.

08 What have you noticed from speaking to so many craft producers around Europe?
The underlying and most noticeable commonality that we found is the dedication and passion that these food producers apply to their daily work. Whether it be the guys producing beer at Lambrate, the snail producer near Vienna or the farmers supporting the B.E.S.H cooperative near Schwäbish-Hall, they all share a common passion and conviction about their work, it´s is really admirable. Another similarity worth mentioning that is common to most of the producers we visited is their entrepreneurial spirit. Many our videos are about people who started their food projects within their lifetime. As opposed to having inherited a running business, they created their very own projects and successfully so. For these producers, being featured in one of our short films means certain recognition to their life´s work.

09 What year did you start working on The Making Of and who are the other individuals on your team (how did you meet)?
It was September 2011 when we made the move to Italy in search of our first food producers. Once we had the first shootings confirmed we started building our film team. Through the UNISG (University of Gastronomic Sciences) we met Ale Scalerandi, a student who was shooting food producers during his stage trips and was thrilled about the food & film concept. He joined us right away and became our first cameraman. Soon after, Simone Nesti offered to help us, first by lending us his apartment in Turin and most importantly by offering his editing skills to complete our videos. Then came Brando, a friend of Simone who participated in our shootings as the only really qualified visual and audio expert. After the first videos in Italy, we moved on to Germany and Austria where Salome Rohmer joined us as first camera and Felix Kraus became our Munich based editor. Lately we have been working on our own, something which would have been unthinkable at the beginning and for which we have to thank all the people mentioned above.

WATCH: Italian brewery, Lambrate by The Making Of