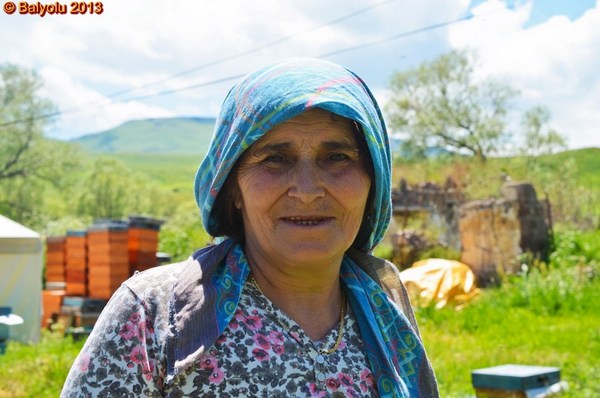 In the mountainous region of north eastern Turkey, in an area once part of the Silk Road, apiarists tend to bees in rural villages. The apiarists are a part of Balyolu, a social enterprise that creates economic opportunities for rural women in the area.

Catherine (Cat) Jaffee, Balyolu’s founder, launched the beekeeping and honey tourism organization after accumulating experience in the region as a Fulbright scholar and National Geographic Young Explorer.  Once Balyolu was in motion, the local communities were eager to commit to the project and the steep learning curve that comes with keeping bees. “I don’t think they (the local communities) realized how much work it (making honey) takes and that it wasn’t easy money. Even I was caught off guard, and I have been working at this for five years!” says Cat.

The challenges for the team are both large and small: “Every night we have bears attacking our village, and bees swarming when they shouldn’t. There are mistakes which are normal for beginners, but it’s hard because everyone is trying to learn,” says Cat. “The beginning of anything is always difficult, and beekeeping is no exception.” 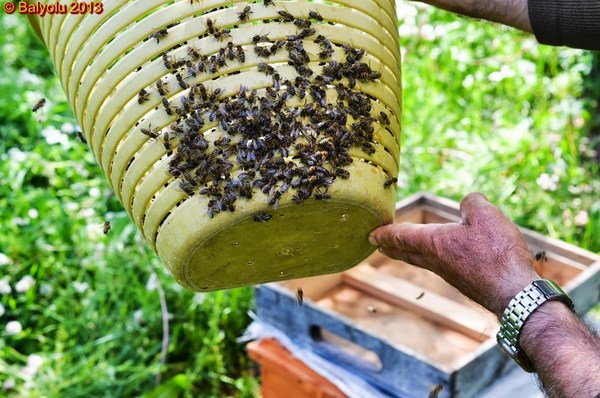 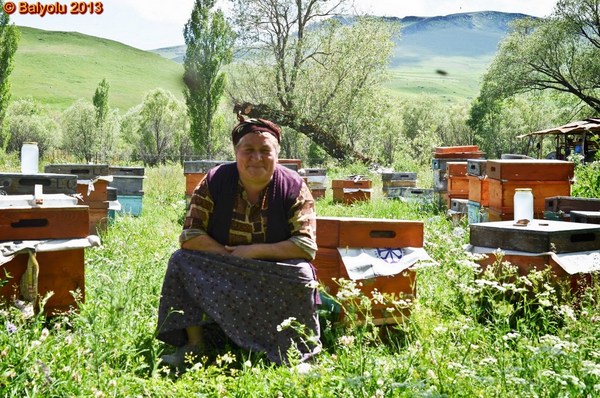 As for the honey, at an average altitude of 2,000 metres, Balyolu’s bees pollinate plateaus of wild mountain herbs and flowers like thyme, rosemary, and spearmint, resulting in a complex-tasting flavour.  Near the village where the organization is based, bees also feast on the pollen of wild roses and chamomile as well as heartier grains such as sainfoin and wheat.  “Later in the season, we see wild mountain thistles, which are unique to this altitude and region. The biodiversity results in a light-coloured, fragrant honey that tickles the back of your throat.”

01 How did you become a social honey entrepreneur?
I started this program as a result of traveling across Eastern Turkey as a Fulbright scholar. I wanted to provide economic opportunities for village based women. I had been studying rural migration, and I found that every woman I spoke to complained of a lack of opportunity in the village. Beekeeping and honey tourism seemed like it could be an incredible social solution. In between living in Turkey as a Fulbright scholar and then returning as a National Geographic Young Explorer and founder of Balyolu, I worked at Ashoka: Innovators for the Public for a year and a half, studying different models of social entrepreneurship throughout Central Asia and the Arab World. I have worked in social entrepreneurship in various channels most of my life, but this is my first time ever trying to lead something entirely myself.

02 When did you officially launch?
We officially launched March 21, 2012. But we have partnered with Turkish companies that have been on the ground a long time to do a lot of the tourism and food sales.

03 Where is honey used in Turkish cuisine?
First, you should never bake/cook/boil honey above 40 degrees Celcius otherwise it looses all of its nutritional value. Baklava is made with sugar water, because it is more affordable and if you were to use honey in preparing baklava, it would essentially become like a sugar water anyways if the recipe required you to bake it. I love working with honey in Turkey because Turks really eat honey on its own. Comb honey, sliced into little squares is like a piece of cake ,and they serve it with fresh cream, and it is just about the most incredible tasting thing I have ever known. 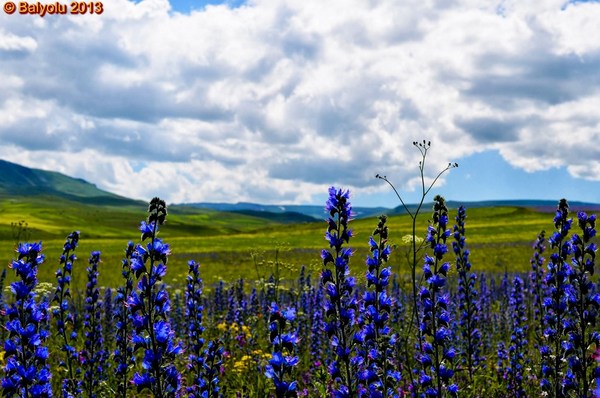 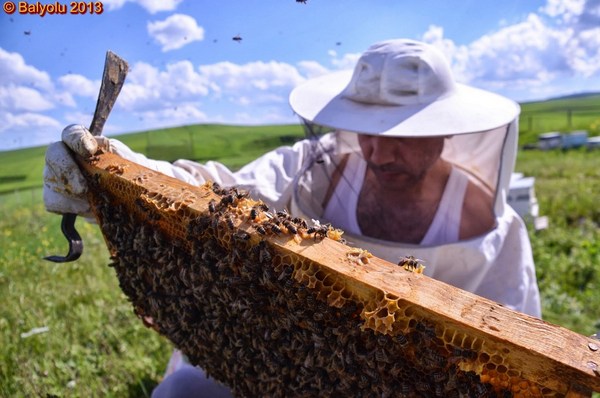 04 What is the global awareness for Turkish honey?
Globally, there is not high awareness for Turkish honey – but it is growing. Particularly, honey from a mountain village called Anzer has high popularity in the Arab and West Asian worlds because of its studied medicinal properties around a kind of thyme subspecies that grows up at that altitude (this thyme is also very well-known for its tea). Truth be told, there is incredible types honey all across Turkey from a massive variety of plant species.

05 Where is the gap in education in the minds of consumers when it comes to purchasing honey?
The types of information that is missing today in the honey market ranges from whether or not the honey was blended, where it is really from, how it is produced, what kinds of flower species are in the honey, what kinds of chemicals/filtration/heating/processes have been used in its production, is there sugar used or added, how is the honey stored and transported, has it been ethically produced, are the labels accurate, how many hands has the honey passed through before being packaged and sealed… it is a long list.

06 What have you learned by launching Balyolu?
An unbelievably long list of lessons. Perhaps the biggest being around social business. And that if you are interested in solving the world’s problems through business solutions, you need to be super aware how business is operated and run in the places you are looking to problem solve. If business runs through mafias, bribes, blackmail, and connections – you better either be ready with a major support system to rise above it, or working with partners closely on the ground who can handle it for you. 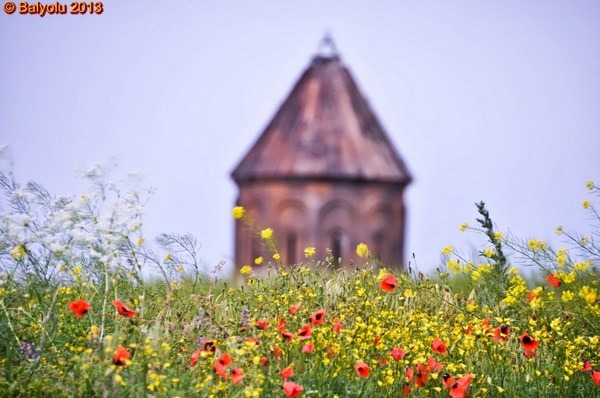 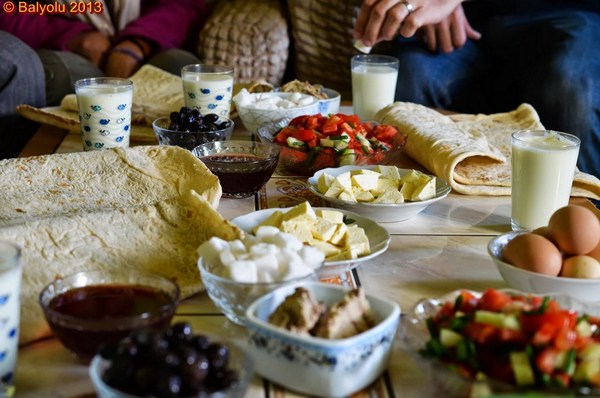 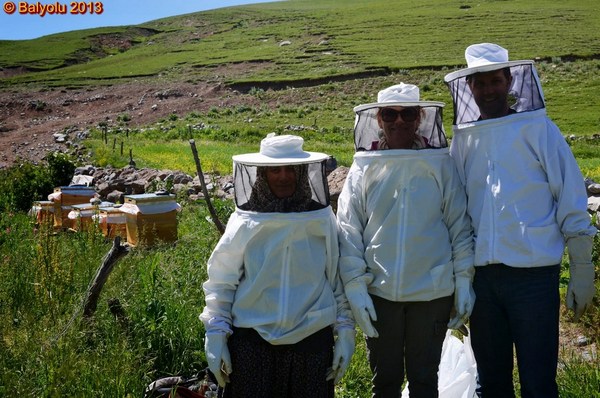 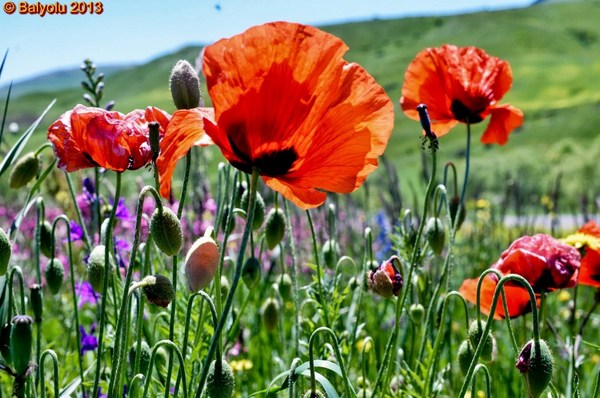 07 How often does Balyolu offer its honey tours?
The tours are week long honey-tasting adventures that take visitors through the cities of Artvin, Ardahan and Kars.  They are led by the organization’s female beekeepers and rural entrepreneurs. The Balyolu honey tours run on the schedules of local village communities – so they are small and limited in number.  The villagers are real people with very real and very full lives which we want to respect. Most of the tours we offer are based out of unique village experiences. Additionally, the season for honey and for trekking travel in the region is typical of a high mountain climate, which is primarily limited to summer months.

08 Where is Balyolu honey available?
Our honey is produced and sold locally. There are a lot of regulations on Turkey selling its products internationally. We are too small to try and obtain permission to sell abroad. But maybe one day. That would be incredible.

Turkish Recipes To Check Out

One Response to “Mountain Honey: Balyolu”