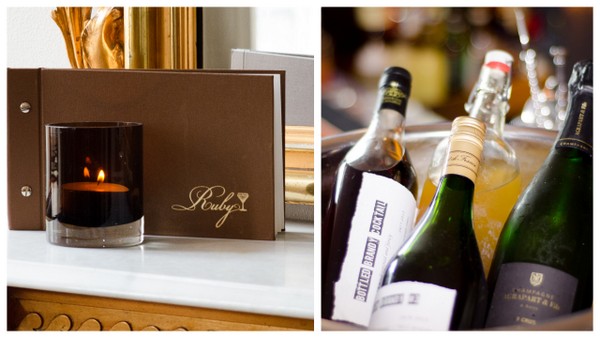 In an inconspicuous building across from Denmark’s oldest museum, The Thorvaldsens, you’ll find Ruby: a living-room style two-floor bar responsible for concocting some of Copenhagen’s finest cocktails.

When Ruby opened its doors in the summer of 2007, it was the only spot of its kind along the quiet strip of canal. The opening of Rasmus and Adeline Shepherd Lomborg’s cocktail spot coincided with the rise of the popular American television series Mad Men, a show that helped kick-start a renewed interest in classic cocktails. “In the beginning, a lot of guys didn’t know what an Old Fashioned was, so they would order it and stand around not daring to admit that it was too strong for them,” says Sune Risum-Urth, part of Ruby’s management team.

Ruby’s beverages, which change seasonally, are simple to the eye yet offer guests an unhurried taste of aromatic art. Coupled with Ruby’s attentiveness to guests, theirs is a craft that reveals another facet of the city’s unwavering delivery of memorable sensory experiences.

01 Which flavours would you recommend pairing in autumn?
Apples and plums are always a hit. They start to ripen in late July and some of the denser apples won’t be ready until October. We get several months of new flavours and ever darker days. On a completely different note we just finished a pistachio orgeat, and we are positive that pistachio is going to be all the rage this fall. 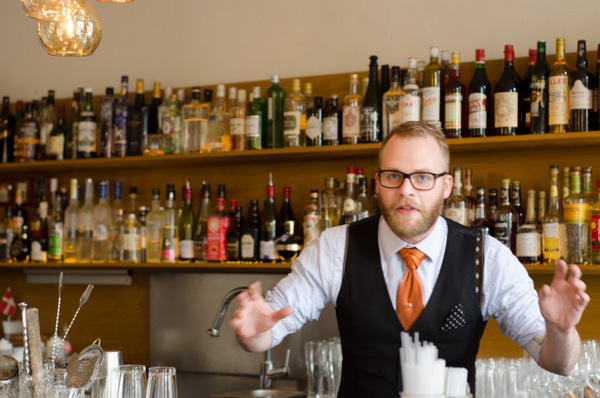 02 What are some unusual or lesser known liquors that can be found at Ruby?
We really like things like Cocchi, Averna and Cynar – these great Italian bitters that can make grown men weep. More locally we have a hand in the making of a very small batch absinthe and we have just finished our triple macerated peach brandy, that one is probably the rarest we have as there never exist more than three bottles of it.

03  Is there a liquor or liqueur rooted in Danish culture? 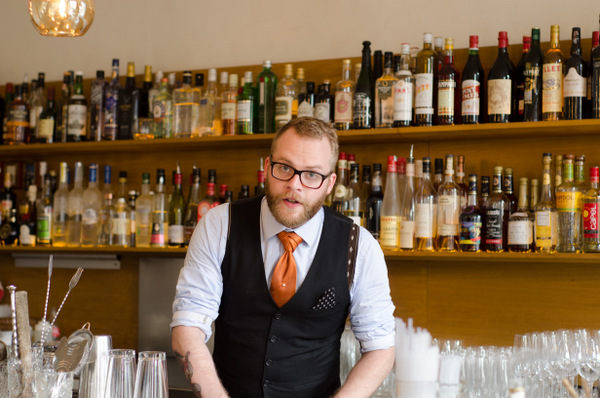 04  On Flavour, Long Ingredient Lists and Pairings:
We work under the dogmatic rule of “Classic Drinking – Forward Thinking”, so any drink should be traceable to an origin. Any drink made today is a variation of something already made. So, there is no reason to re-invent the wheel every time you mix a cocktail.  For inspiration we turn to our large library of cookbooks, cocktail literature, technical volumes about food pairing and flavour thesauri. We also read old cocktail books and menus.  Then there is a bit of routine and practice. We always try to make the finished drinks as simple as possible. You may spend three hours making a lime cordial, but then when it comes to the mixing in the bar, the finished cocktail is done in three movements. So simplicity is a constant inspiration. 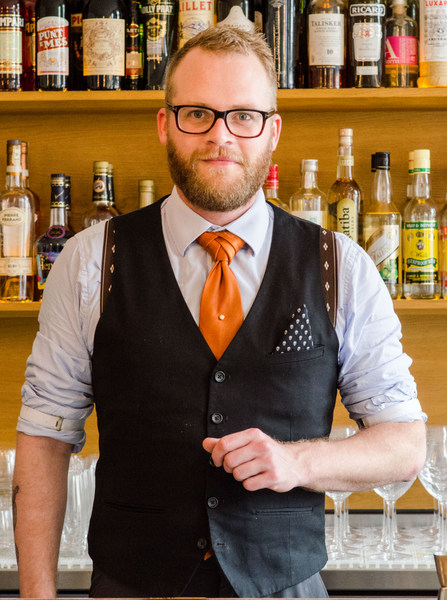 05  How often do you launch new cocktails at Ruby?
We change the menu four times a year, so it always rolls with the season. Scandinavia is very season specific when it comes to fruits and herbs, so it is more a matter of making virtue of necessity. That means that the kitchen is always buzzing with infusions and experiments.

06 Is mixology an art or a science?
We do not employ mixologists, only bartenders. The main focus for us is always the tending to and of the bar.  Bartending is a craft, and like any craft it can be elevated to an art form. In that respect there is no difference between that and carpentry. And yes, we do strive to reach art in our craft. Otherwise we might just as well pack it up. 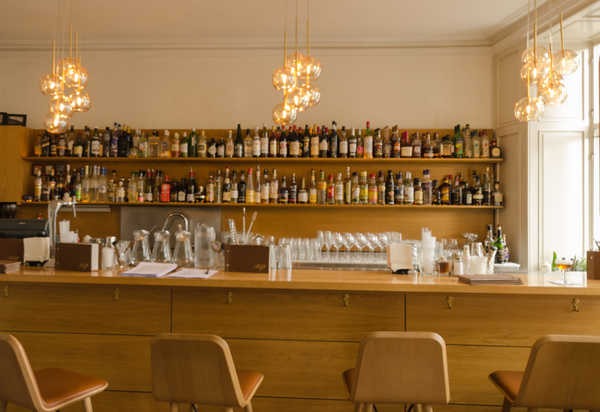 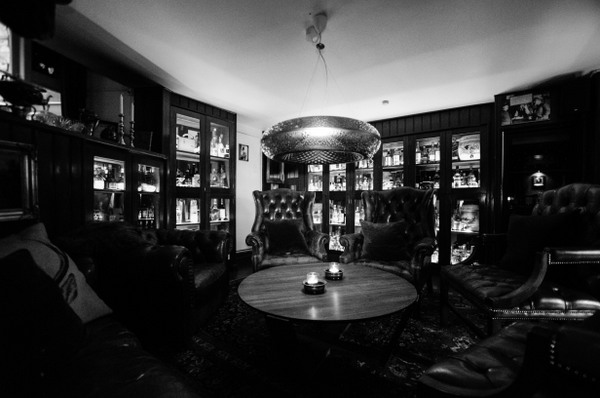 Cocktails To Get You In the Spirit of Mixing:

One Response to “Liquid Art and Autumn Cocktails at Ruby”