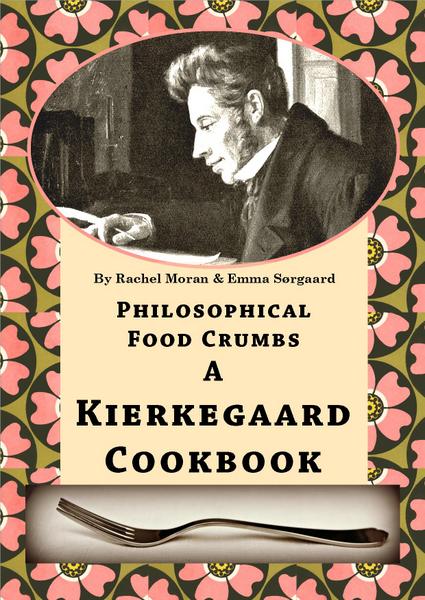 “Thus they banqueted. Soon, conversation had woven its beautiful wreaths about the banqueters, so that they sat garlanded. Now, it was enamored of the food, now of the wine, and now again of itself; now, it seemed to develop into significance, and then again it was altogether slight….now, only the clinking of glasses and the clattering of plates was heard and the feasting proceeded in silence, accompanied only by the music that joyously advanced and again stimulated conversation. Thus they banqueted.”

~from The Banquet, Stages On Life’s Way,1845 by Søren Kierkegaard 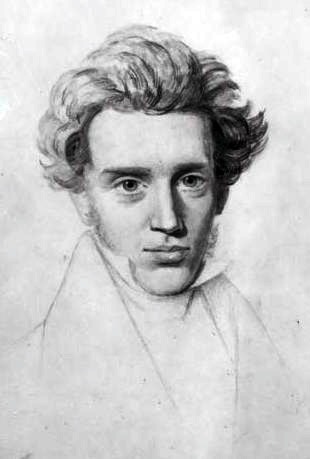 Photo Source: Sketch of Søren Kierkegaard, circa 1840. Based on a sketch by Niels Christian Kierkegaard (1806-1882). In public domain, original at Royal Library of Denmark – Kierkegaard Manuscripts.

Søren Kierkegaard was a philosopher, writer, cultural critic—and foodie.  He lived during the Golden Age of Denmark (1800-1850), a prolific period in the history of Danish arts culture. Kierkegaard’s works weren’t widely disseminated to the rest of the world until after World War II, when he became more widely read.  Today, he is considered the Father of Existentialism, a school of philosophical thought made popular by French philosopher Jean-Paul Sartre. 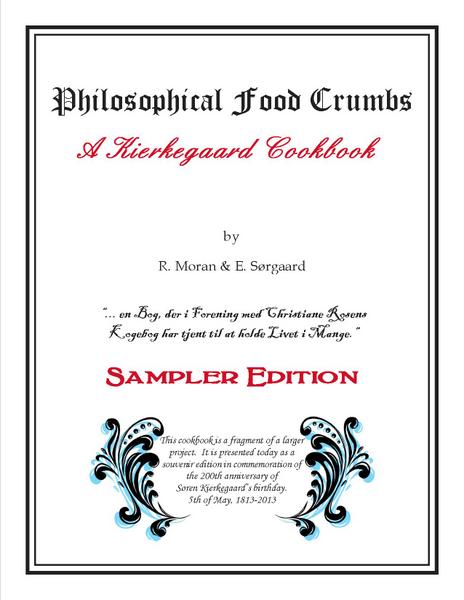 Philosophy can be intimidating to would-be readers, and Kierkegaard’s writings address complex topics such as aesthetics, ethics, and religion; yet, they are full of references to everyday concepts like eating.  Kierkegaard’s musings include references to society’s manners, family suppers, motherly love, coffee, and sneaky bakers.  In fact, food is so frequently mentioned in his books, journals, and letters, that it spawned the idea behind the Kierkegaard Cookbook.

The book debuted on the 200th anniversary of Kierkegaard’s birth and offers readers a charming approach to the philosopher, his ideas and stories about food.  Even the title “Philosophical Food Crumbs” plays with Kierkegaard’s book “Philosophical Crumbs” (by his pseudonym Johannes Climacus). 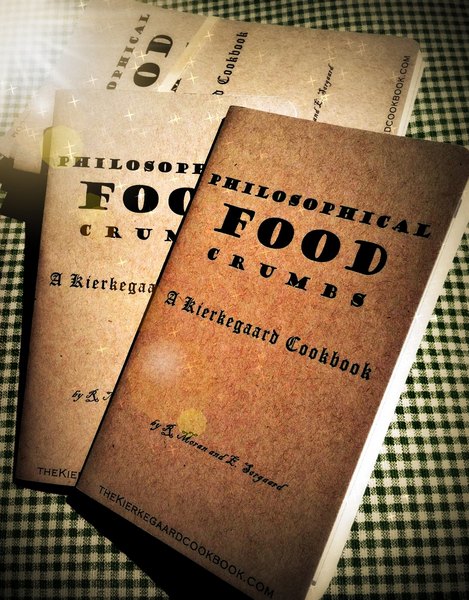 The Kierkegaard Cookbook was put together with the same kind of care and attention that goes into preparing a nourishing family meal and is suitable for home cooks of all levels of experience.

Recipes
Kierkegaard published his best-seller Either/Or under the pen name Victor Eremita, Latin for “Victorious Hermit”. Here is a 1905 recipe for Hermits, a type of cookie recipe found in many 19th century cookbooks.  They were called Hermits because they were stored in tins and kept well.

1905 Hermits.  One cup butter, two cups sugar, two eggs, one teaspoon soda, one and one-half teaspoons each cloves, cinnamon and nutmeg; one cup sweet milk, one cup chopped raisins, half cup currants; mix as for any cookies, but not too stiff; put in a cool place for several hours until cold.  Roll thin and bake. 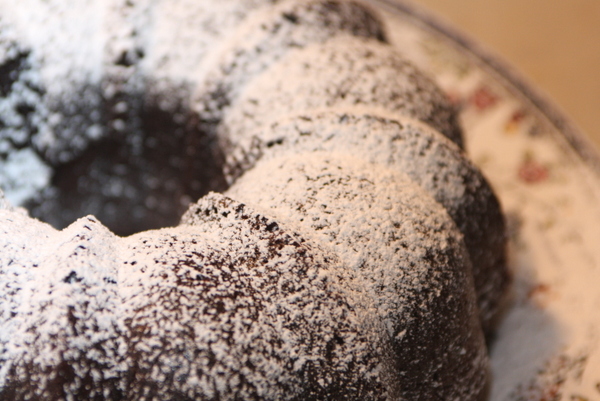 Kierkegaard was notoriously fond of sweets, coffee, and coffee houses.  This Writer’s Cake features a cup of coffee.

Put all ingredients except coffee in a large bowl. Beat with hand mixer or mixer for 2 minutes at full tilt. Add the hot coffee and stir well. The dough is very thin. Butter a large ring mold thoroughly with oil or butter. Pour the batter in it. Bake at 175 degrees for approx. 35 minutes. Allow to cool slightly on a wire rack (this is the typical combination) and then remove the ring. Let it cool a little more and turn it looked like on a platter. Decorate the cake with grated white chocolate or a dusting of powdered sugar. 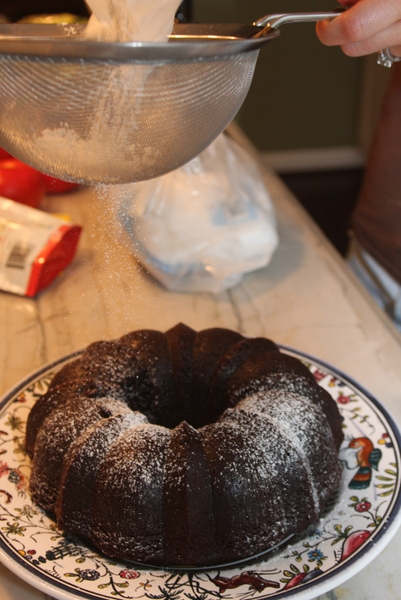 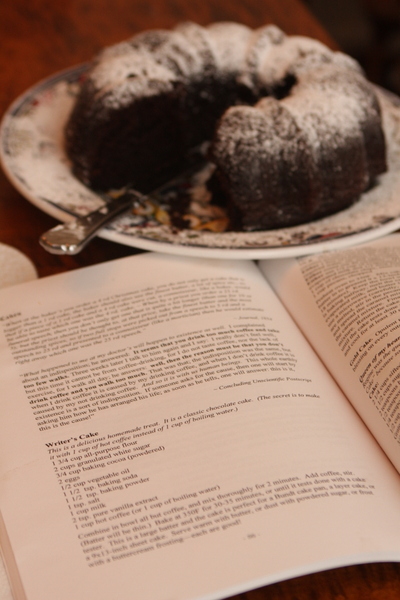 The authors of the Kierkegaard Cookbook, Rachel Moran and Emma Sørgaard, continue digging into the world of Kierkegaard and 19th century cookbooks.  They are publishing a new translation of a small 1850s cookbook by famous Danish cookbook author Madame Mangor.