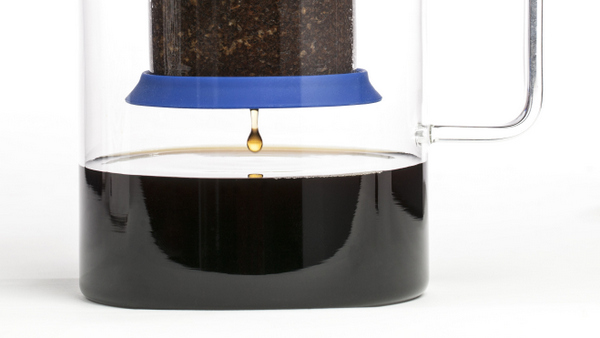 Bruer, a personal cold brewing machine, was an extension of Andy Clark and Gabe Herz’s morning caffeine ritual. After experimenting with a variety of brewing methods including roasting green coffee, the pair discovered cold brewing and fell in love with the taste. “It was nothing like the hot brewed coffee we were familiar with” says Gabe. From their base at Sproutwerx, an engineering and technology incubator located in the mountains outside of Santa Cruz in California, the Industrial Designer (Andy) and the Engineer (Gabe) worked on a prototype for the Bruer concept and design. 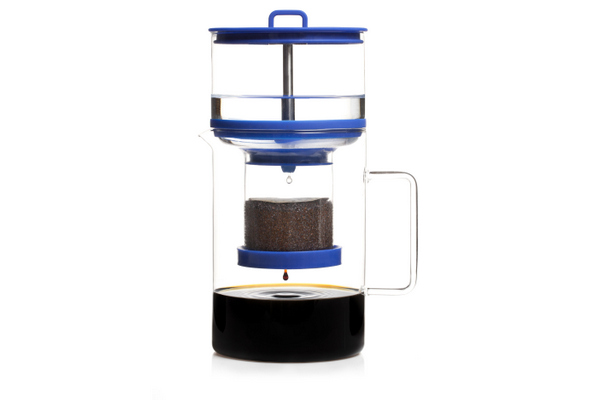 “The coffee from Cold Bruer is less acidic and less bitter than conventional hot brewed coffee, so it doesn’t have that familiar ‘bite’ many people associate with coffee. The brewing process brings out a coffee’s natural sweetness in a really smooth drink that doesn’t need any added sweeteners” says Gabe.  Bruer works by slowly dripping cold water on to a bed of ground coffee.  The process can take anywhere from a few hours to 18 hours depending on personal taste and how much coffee was used resulting in 20 ounces of cold brewed coffee.

01 Where are you based?
We’re part of an engineering/tech incubator located in the mountains just outside of Santa Cruz, Ca called Sproutwerx. It’s a unique environment. There’s a half dozen different projects going on with the majority of the engineers living onsite. Being somewhat isolated, it offers a very focused environment to work in, but we’re only an hour and a half drive from San Francisco’s flourishing coffee scene.

02 When did you formally launch Bruer?
We setup Bruer as a business shortly before we began our Kickstarter campaign, but a consumer product business had been something we both had been thinking about for quite a while. It wasn’t until we had exceeded our funding goal and saw how much demand there was for Cold Bruer that we realized Bruer could be a viable business.

03 What problem were you trying to solve in the marketplace?
Slow drip cold brewing is a great way to make cold-brewed coffee, but the only brewers on the market were these enormous contraptions that were really expensive. There was nothing available that was inexpensive and compact for the home user.

04 Why did you take Bruer to a crowdfunding platform?
Kickstarter and other crowd funding websites are an amazing platform for bringing new products to market. Some of the projects that have come out of Sproutwerx had been funded on Kickstarter, so we were already familiar with the platform before we launched Bruer.

From the beginning, we’ve bootstrapped the project ourselves, and Kickstarter offered a relatively low risk. It gave us the ability to line up buyers before large amounts of capital were invested in setting up manufacturing.

Since it’s based on “all or nothing” funding, we knew that if we reached our funding goal, we’d be able put Cold Bruer into production. Beyond providing the initial capital to start production, Kickstarter gave us the ability to test the product on the market, and even get some feedback. For example, we hadn’t planned on including a lid with Cold Bruer, but we realized that was something that a lot of our potential users really wanted.

05 How does Bruer work?
Cold Bruer slowly drips cold water onto a bed of ground coffee. The process takes place over a few hours, and at the end, about 20 ounces of cold brew has been made. The valve that controls the drip rate is adjustable, so the user can experiment with different drip rates and taste how that influences the flavors. We’ve done brews anywhere from 3 hours to 18 hours.

Depending on how much coffee was used, it can be stronger than a typical cup of coffee, so pouring over a glass of ice can be the perfect thing on a hot day. 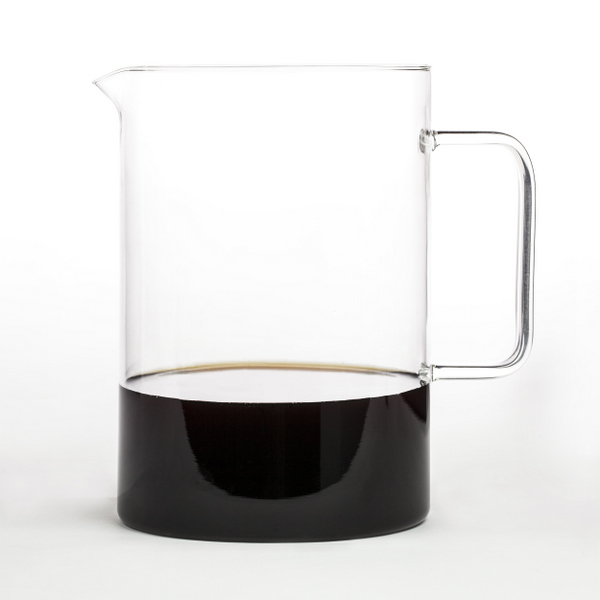 06 What did the design process involve?
Early on, it involved a lot of rapid prototyping of concepts and iterating on the design. Developing an understanding of various manufacturing techniques helped guide these designs. Once we felt we were getting close with our design, we gave prototypes to home users and coffee professionals. Their feedback has been very valuable.

Throughout this process, it was important to keep some fundamental elements in mind: make great cold brew coffee, maintain simplicity in design and use, and show the brewing process.

07 What is your interest in coffee?
Early on, coffee, or rather caffeine, was just a way to wake myself up in the morning. As I started brewing coffee at home every morning, I began to really enjoy the process and ritual. I realized that there was a whole lot more to the world of coffee than I knew. I sought out leading specialty coffee shops to learn more, and even began roasting green coffee in my kitchen at home.  At about that time, I started working at Sproutwerx. Andy shared a similar interest in coffee, and we began to experiment with different brewing methods. We came across cold brewing, and we were amazed at what we tasted. It was nothing like the hot brewed coffee we were familiar with. 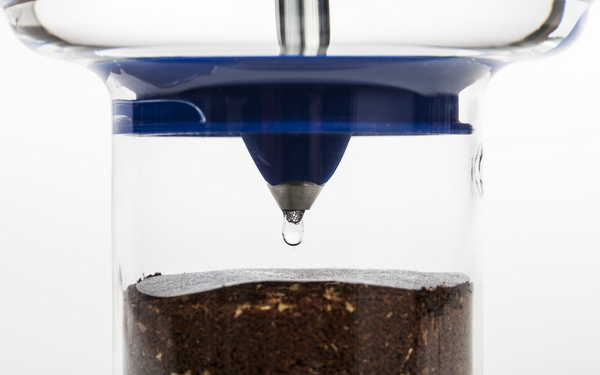 08 What type of beans are ideal for Bruer?
It depends a little on personal preference, but freshly roasted and ground coffee is always best. Lately, we’ve been enjoying medium roasted coffees from Kenya that show a lot of their vibrancy and sweetness in the cold brew- Very refreshing! For cold brew with deeper notes of dark chocolate, we’ll brew some darker roasted espresso blends.

09 How would you describe the coffee flavour produced by bruer and how does it differ from the flavour produced from other coffee machines on the market?
The coffee from Cold Bruer is less acidic and less bitter than conventional hot brewed coffee, so it doesn’t have that familiar “bite’ that many people associate with coffee. The brewing process brings out a coffee’s natural sweetness in a really smooth drink that doesn’t need any added sweeteners.

10 What is next for Bruer?
Right now, we’ve focused on getting Cold Bruer into the hands of our Kickstarter supporters. As far as future products go, we’re playing around with some ideas. Whether these products are related to coffee or not, they most certainly will celebrate the “process”. Anytime you make something, the overall experience can be so much more than just the finished product. There are a lot of devices on the market that focus on improving the end product, but disregard the process.

12 How many people are on the Bruer team?
It’s just the two of us.

Recipes with Cold Brewed Coffee; Straight Up or With a Twist