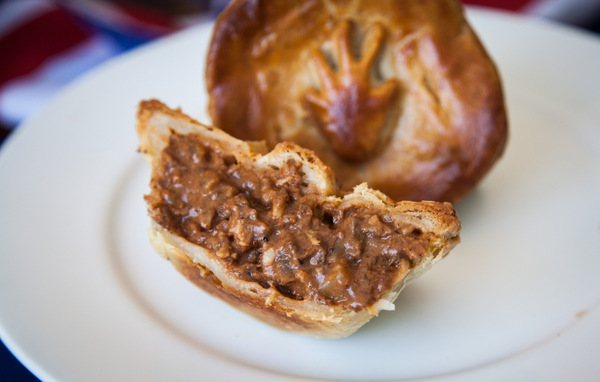 When it comes to dining options, multicultural Toronto has a bit of everything.  Apparently, it was missing Australian style meat pies; a void that Megan Chan and Erynn Mayes sought to fill.  Reminiscing over memories of living in Australia, the duo started baking their flaky crust, sauce filled pies and launched their business, Kanga in 2012. 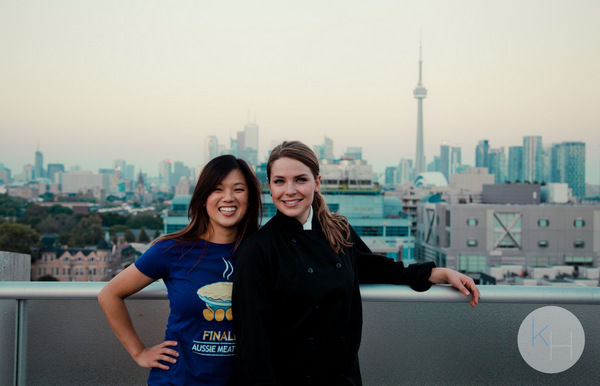 To test the market, they took their pulled pork and beef stroganoff pies to the social food market that has served as a launch pad for several aspiring chefs and food entrepreneurs in the city: Toronto Underground Market. “Aussie meat pies have had an incredible reception in Toronto from Aussies and Canadians alike” shares Megan, co-owner of Kanga. “The first time we sold our meat pies at the Toronto Underground Market, we made five hundred pies and sold out in just a few hours! The feedback was phenomenal.”

Unusual Pies: We have expressed our creative side in the kitchen by making experimental (and delicious!) fillings like beef stroganoff pie, pulled pork and red cabbage and Asian-style pulled beef pie. These are all non-traditional pies, but my goodness are they good. 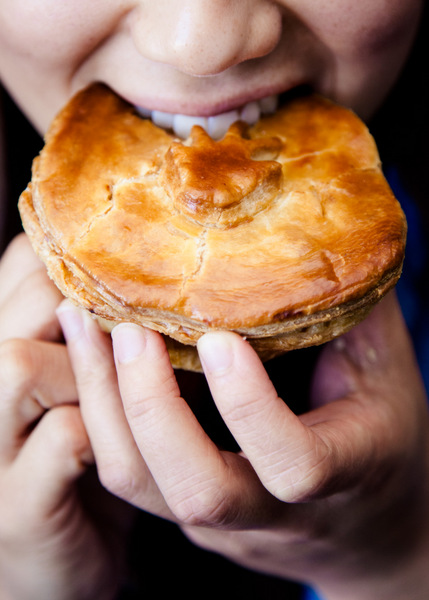 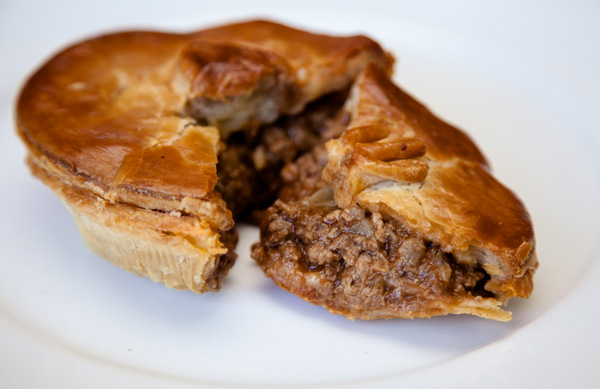 01 Where are you located?
Our business is located in Toronto, Canada. We do not currently have our own retail location yet, but we are actively searching for the perfect spot for our flagship store. This store will be in the downtown core of Toronto. Toronto is our home, and it’s a diverse city; people here are used to having top of the line international cuisine. We have amazing ramen, sushi, Indian, and Chinese food. But one thing we are lacking is Australian food, especially Aussie meat pies. We are going to open a shop downtown because the pies need to be close to people eating on-the-go. Kanga is looking for shoppers, workers, grazers, and night-owls; And they are looking for meat pies!

02 What got you into the tart making business in the first place?
Over a bottle of wine, we lamented that we couldn’t find a decent meat pie in Toronto, especially like the ones from our memories of living in Australia. Between the lack of pies in Toronto and love for cooking and creating, we decided to create our own. After months of recipe development, the opportunity arose to share our Aussie meat pies with the public and we’ve never looked back. 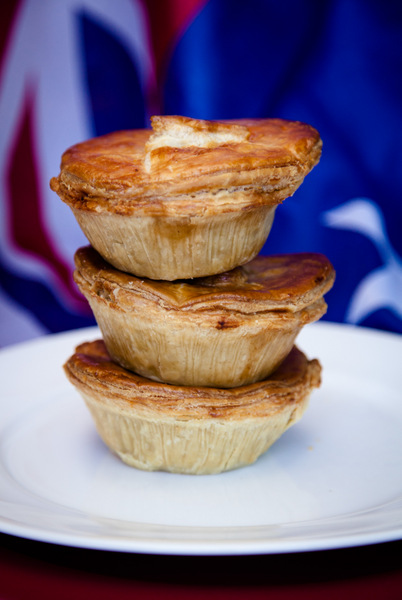 03 What is Kanga known for?
Kanga is known for making the best meat pies in Toronto! They are Australian-style, but more importantly, they are just darn good meat pies. Kanga is also known for quality and using responsible ingredients – real butter in our pastry and local, responsibly sourced meat. 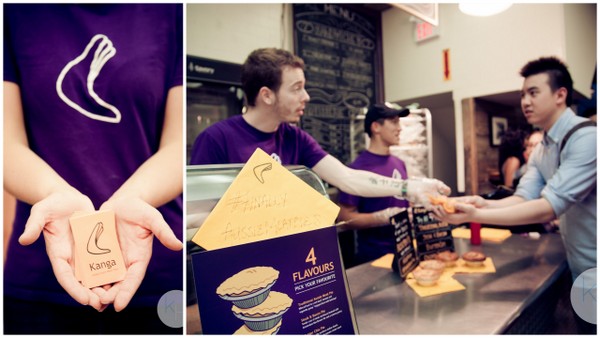 04 A good tart should have ……
A flakey crust, a savoury and saucy filling, ketchup on top (Aussie style!)

05 How many flavours do you make?
Our initial launch of pies in stores is limited to four staple filling options. Outside of the stores, we offer a variety of interesting flavours, including pulled pork, and one of Megan’s favourites, Beef Stroganoff. We are inspired by tasty, saucy dishes from all over the world. If something’s got a lot of sauce and it’s scrumptious, it most likely belongs in a pie.

06 Where are your tarts sold?
They are sold in three locations around Toronto: Sanagan’s Meat Locker, in Kensington Market , Hot Oven Bakery in the Kingsway and Hot Oven Bakery on Roncesvalles. 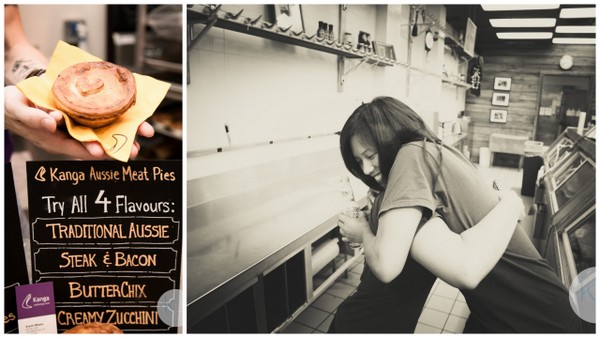 07 When are tarts customarily eaten or served?
Aussie meat pies are the ultimate convenience food. As such, they are conveniently eaten for lunch, as a snack, for dinner, anytime really. Pies are especially popular accompanied with a pint at the football match, on the street after a late night out, or as a road trip food item. Our favourite saying is: a pie in one hand and a pint in the other!

08 Where do you turn for inspiration when baking?
They draw pie-nspiration from all things delicious: from soup, to sauce, to grilled meat. If it can be saucy and it is tasty, chances are it’s going to be even better (and more portable!) in pie form. 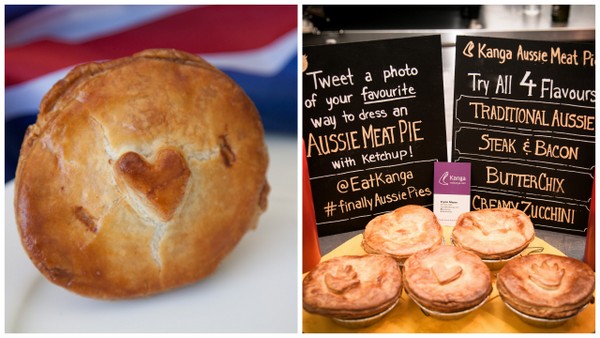 09 Do you entertain at home?
We both love to cook and entertain at home. We love having dinner parties and potlucks, and center much of our entertaining around food. We always try to keep a full wine glass in the hands of our guests and depending on the event an easy to eat food is best to serve.  It’s also great to get our guests involved in the cooking – Megan recently hosted a dumpling cook-off (complete with prizes) for her birthday party and last year she hosted a make-your-own funnel cake party. We must have fun with our food!