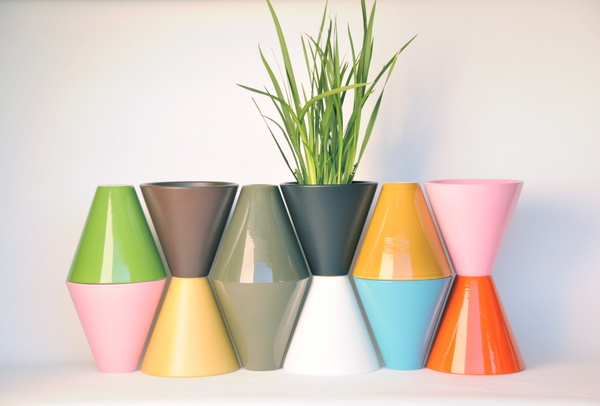 How does one build warmth in the home and create an environment that imbues hospitality and comfort?  Is it the collection of smells, photographs and objects that makes our homes welcome to family, friends and guests?  Over sixty years ago, the same question was asked by design and business couple, Max and Rita Lawrence, founders of the iconic mid-century modern earthenware brand, Architectural Pottery. 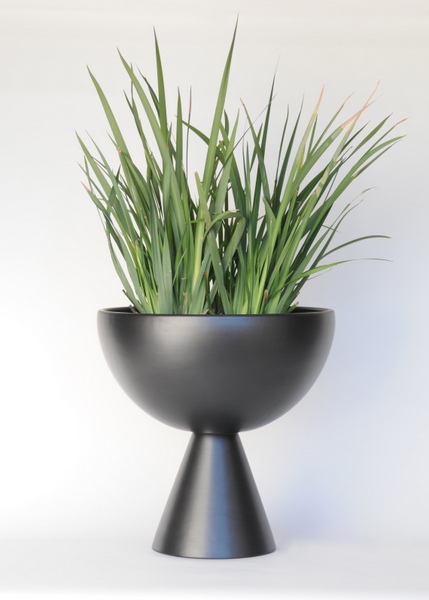 Architectural Pottery’s product line of planters, containers, sculptures and accessories was born out of the couple’s response to the wave of mid (20th) century modernism that influenced Los Angeles’ architectural landscape.  Thanks to architects such as Gregory Ain, Richard Neutra and John Lautner, the design of homes started to change based on new design principles; to create houses that offered its inhabitants more fluid and seamless living environments.  Previously, houses were designed in compartments where rooms had a beginning and end (walls and doors).

These new open concept, geometric designed houses featured lots of glass, natural light and a living room that faced the backyard rather than the street. These new designs had the largest living space in the house open to the backyard, giving way to the open concept living arrangement widely used today. In response to the new style of home design, a line of products that could be used both indoors and outdoors were brought to market by Architectural Vessel to bring balance to the flow of modern interiors. 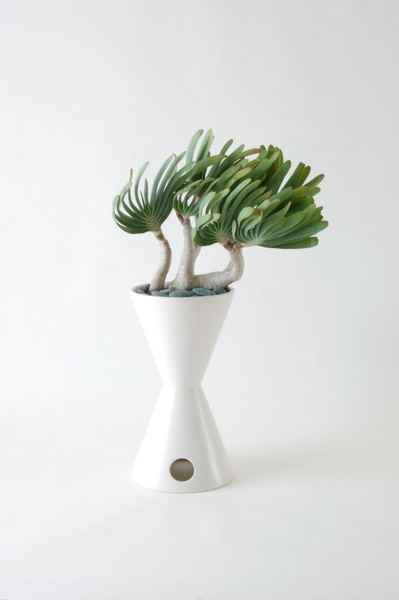 Between 1950 and 1985, Max and Rita Lawrence partnered with local designers such as LaGardo Tackett, Malcolm Leland and David Cressey.  The result of these partnerships included the creation of iconic pieces such as Tackett’s hourglass planter and Leland’s gourd shaped bird feeder; both of which are still in demand today.  Architectural Vessel closed in 1985 when a fire broke out in the firm’s plant. It was revived in 2001 by Michael Stephenson who renamed the company, Vessel USA.

Today, Vessel reissues the same timeless designs from half a century ago for garden enthusiasts, designers and landscape architects; helping to fill homes with modern, quality, handmade pieces that can be used both indoors and outdoors.

The essence and popularity of the Architectural Vessel brand was its focus on modernism and post-war California design.  The geometric containers and vessels that were made out of ceramic, stoneware and fiberglass were stark departures from the wide lipped terra cotta pots that dominated the market at the time.  Commissioning pieces for their product line by well-known designers resulted in a design legacy of luxury products for the home which are still in demand by collectors, historians and design enthusiasts.

01 Who is the Vessel USA Customer?
Design addicts educated in good design

03 How often do you release new products?
Approximately every other year.

05 Do you have a favourite product from your company?
Malcolm Leland’s 21L Bird Shelter, Winner of the Good Design Award MOMA 1954. 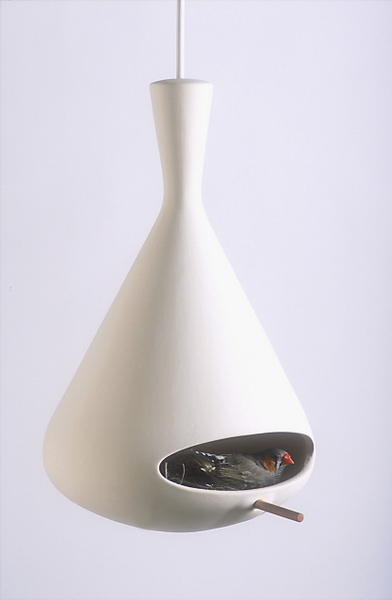 06 What is the story behind the creation of this item?
This was the first prolific modern Bird House in the USA that was made exclusively for the bird loving connoisseur.