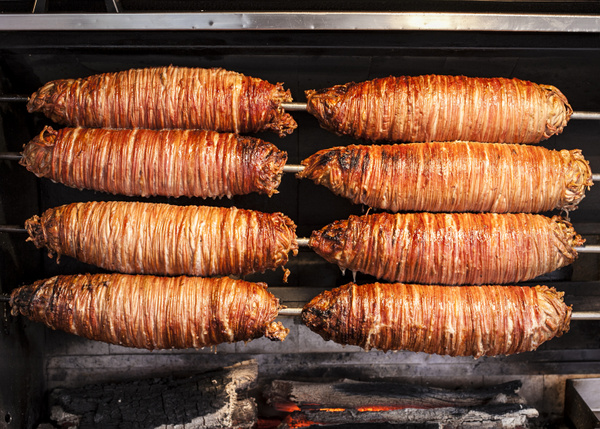 A dish originating from the Balkans, Kokoreç (Turkish) is made from the intestines and internal organs of a young lamb. In Greece, kokoretsi, is a traditional appetizer served during Easter to break the Lenten fast. The dish was created as a way to not waste any part of the animal.  In Turkey, Kokoreç is a snack and late night delicacy served with bread or on a plate. 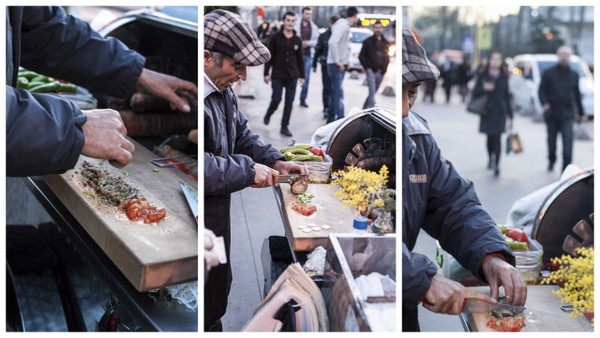 Istanbul vendors, Turgay Ağademir (48) and Ismail Güneş (50), sell kokoreç at the Kabataş pier and are busy from early evening until late at night. For Mr. Turgay, making Kokoreç is a family business. His family has been working at the pier for more than three decades. 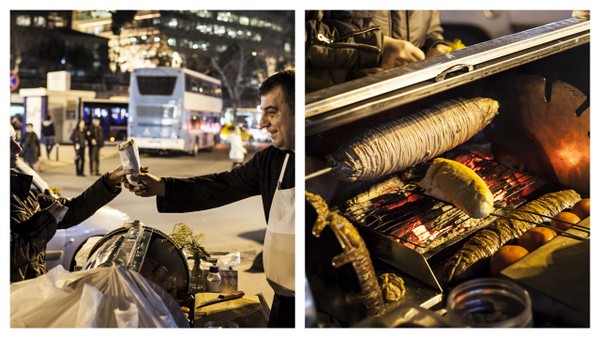 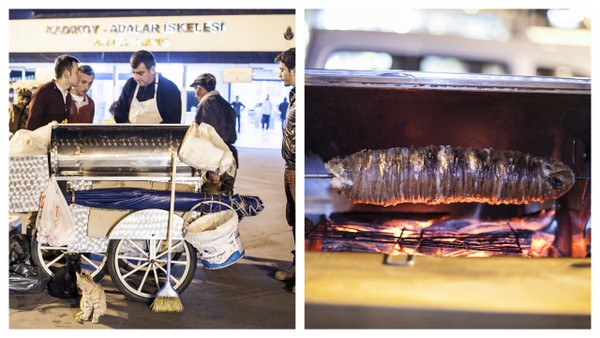 To prepare Kokoreç, intestines are thoroughly cleaned, threaded and wrapped around a large skewer of offal.  Next, the skewer cooked for several hours, then grilled horizontally over a charcoal grill. 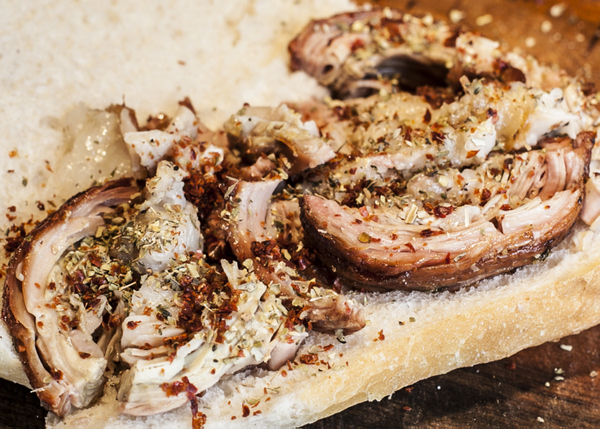 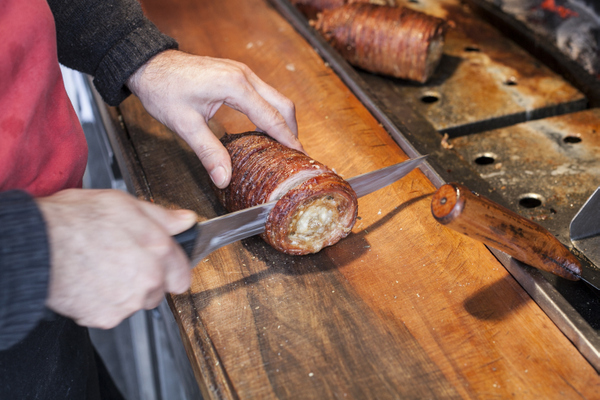 When a hungry patron orders, the intestine-sweetbread concoction is sliced off the spit, chopped into small pieces and seasoned with oregano, hot chili peppers, salt and served on bread. Fresh chopped tomatoes, green peppers or pickled peppers are also added to the mix. 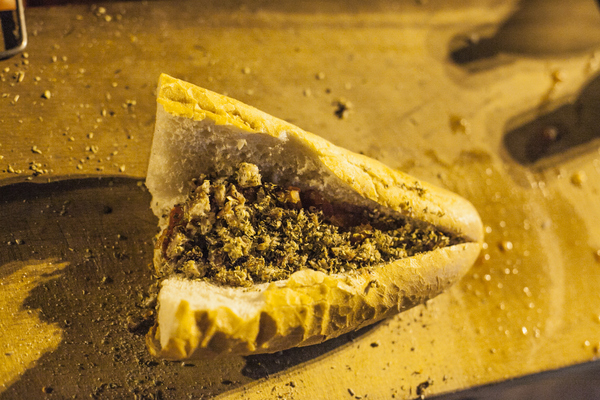