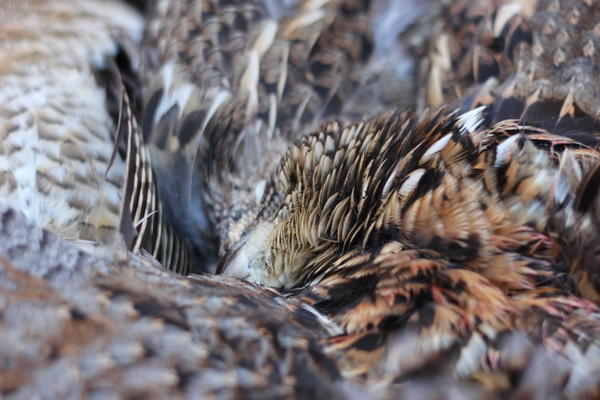 Renaissance man, Kevin Kossowan, is an Edmonton based hunter, urban farmer, food skills educator and holder of many more titles who first embarked on a path exploring food cultivation and supply in 2005. Although Kevin was familiar with gardening, fishing, hunting and foraging, activities from his childhood and youth, it was his many trips to Europe that spawned his interest in localized food culture.  “I did a lot of exploration of different regions, each with their own specialties and endowments, leaving me to question what our culture back at home really could and should be” says Kossowan.  He started a blog where he wrote about his findings about how to access better produce in his kitchen.  From produce he started researching meats, butchery, charcuterie, grains, fruits and the “food apex”, wild foods.

Almost a decade on, Kevin continues to share his commentary and video footage about his experience becoming self-sufficient in food.  Today, he is the part owner of Lacutua Urban Farm, an urban agriculture gardening business that supplies local restaurants with sustainably farmed vegetable varietals, part owner of Shovel & Fork, a company that teaches foraging, butchery, cider making, game cookery, food preservation and other skills for the home cook and owner of Story Chaser Productions a production company that produces a hunting/fishing/foraging series called, From the Wild. 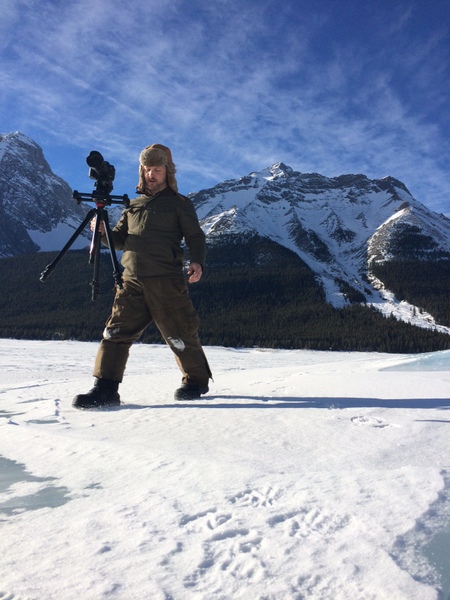 01 What is Edmonton like as a base for your food projects?
Edmonton has an agrarian DNA, it is also surrounded by a ridiculously vast agricultural belt- literally surrounded by food, so it doesn’t take long to find folks who either grew up on a farm, whose parents did, or whose grandparents did. Anyone with that background typically has fond memories, or at the very least, a respect for self-sufficiency when it comes to food. Edmonton is also in an early but vigorous growth phase of culinary maturity. Looking at what is culinarily interesting under your nose where you live is a natural extension of the exploration that chefs and home cooks are figuring out. It feels like the city’s market size is now large enough to support specialists at the top of their game, and keep the talent that may have otherwise bled out to greener pastures in bigger markets.

02 Why is more attention being paid to foraging, hunting and urban farming?
Thankfully, I think there are a variety of reasons foraging, hunting, and urban farming are receiving new attention and energy. They span widely from health and wellness, the increasing apparent need for more sustainable agricultural practices, climate change, a growth of interest in gastronomy and food quality, interest in better use of urban spaces, and many more. The more folks are aware of concentrated animal feeding operations (CAFOs) and genetically modified organisms (GMOs), the less they want to eat from that trough, and alternatives start to look pretty attractive. Huge world issues like climate change also point to solutions in how we grow, transport, and eat food. You can’t really extract food issues from the majority of issues faced by humans. 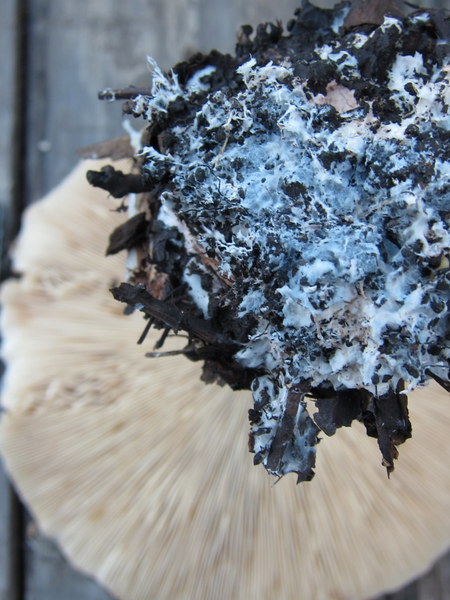 03 How would you describe Edmonton’s food scene?
Edmonton’s food scene is varied, like any large city. Box stores, fast food, and chain restaurants abound – like anywhere else. I think where Edmonton’s food scene shines are in the independent restaurants, local farmer, local food processors and everyone else involved in an increasingly tight-knit community that’s passionate about food. It feels like Edmonton’s market size is now large enough to support specialists at the top of their game, and keep the talent that may have otherwise bled out of it to greener pastures in bigger markets. Edmonton’s also surrounded by a ridiculously vast agricultural belt – literally surrounded by food. Definitely an exciting time to be in the scene in Edmonton.

04 Where is a good place to start to educate yourself about foraging and hunting? What sources helped build your knowledge base?
Most folks that want to start foraging should really start by building a relationship with their local mycological society – a rich array of wild food nerds that more often than not are eager to share their passion for foraged foods. It needn’t start with mushrooms, but often it does, and these folks will be able to intel and resource you up if you’re after wild fruits, greens, or anything else. They can also recommend the most relevant field guides for your area. I did most of my learning through library books and the internet for a long time, but since integrating into the scene have met vastly more interesting resources in the people.

I think the first step to start hunting is to befriend someone who does and just ride along with them. Many like the romantic notion of hunting, but may not know what it actually requires physically, gear-wise, and knowledge wise. A simultaneous wise move would be to start a hunter education program – something you have to do anyway if you’re ever going to get licensed one day. 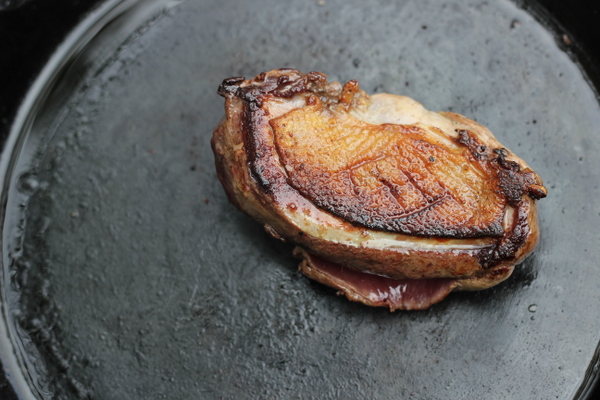 05 What have you learned over the course of building these businesses/working on these projects?
An important lesson for me was that if I wanted to spend more time doing good in the world of food, I had to create a for-profit model to enable it. I was doing a lot of not-for-profit work, run by volunteers, with limited capacity to how much could be done – limited by finances and volunteer burnout. As soon as we created economically sustainable models around these good deeds, we could spend as much time as we wanted at them, in a functional and sustainable way. Another key takeaway is that tackling food differently is not a mammoth task, nor did it take a long time. It truly was a matter of taking one small step, then another.

06 Do you entertain at home or outdoors?
I entertain loads, at home and wherever else I might be at the time. I’m hyper-emotionally connected to cooking with fire, and more often than not an evening in my yard is spent aside the wood oven, under our apple tree, eating whatever was harvested that day. The logically present cider often replaces wine now at our table, often accompanied by some form of dry cured meat. My yard is full of beds of greens for market, and I have happy hens, so it’s hard not to integrate fresh produce and eggs when they’re in season. One of the outcomes of ‘doing it yourself’ that folks don’t get – they usually get lost in pondering how hard it would be and how they don’t have any time – is that the most memorable moments with friends and food are usually after a long harvest, butchery, cider making, or hunting day. My ‘style’ is a hybrid of rustic-formal – rustic/casual simple food preparations with antique french silverware, cloth napkins, and candlelight. That kind of thing. 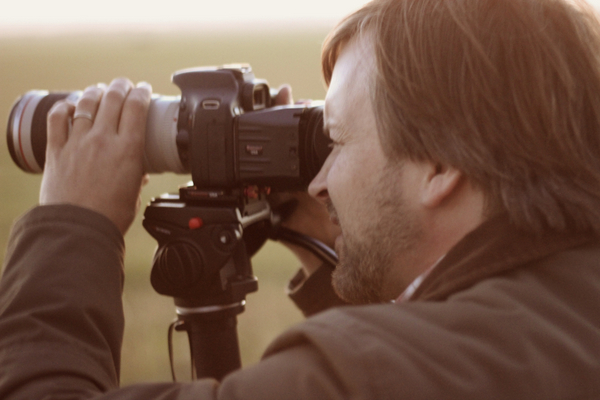 07 Who inspires and motivates you to do what you do? Do you have any foraging/hunting mentors?
I have a pretty amazing group of culinary-minded friends, and we tend to fuel each other. I’d certainly count my dad and grandfather as influences on the hunting front – folks truly passionate about the gig. I think it’s a ‘what’ more than a ‘who’ though. On a daily basis, every time I eat at home, I’m reminded of why I go through the ‘trouble’ of sourcing my food differently. I love celebrating cool ingredients. And every time I’m outdoors having truly magical moments with friends and family, it firms resolve that I have to return for more. It’s the stuff dreams are made of. It’s not hard to be motivated by something as grand as that. 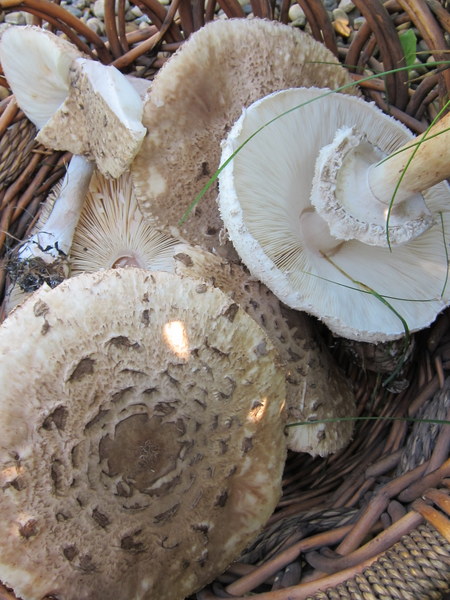 08 What is next for you?
I’m currently directing and producing a series about wild food – hunting/fishing/foraging. It’s looking like it will be an awfully large part of what I do in the next few years, and is so exciting it’s hard to express. It will engage a number of great folks in the culinary scene, and really explore the realities of hunting, foraging, and fishing in a space where a lot of productions are staged, poorly produced, or cheesy. Really looking forward to participating in the re-framing of how wild food is seen, and amazing opportunities are already opening up around the show. It’s also going to be a big year for the urban farm – we were approached by a huge partner offering land, so we’ll be expanding considerably in 2014. Lots more going on too. Exciting times.