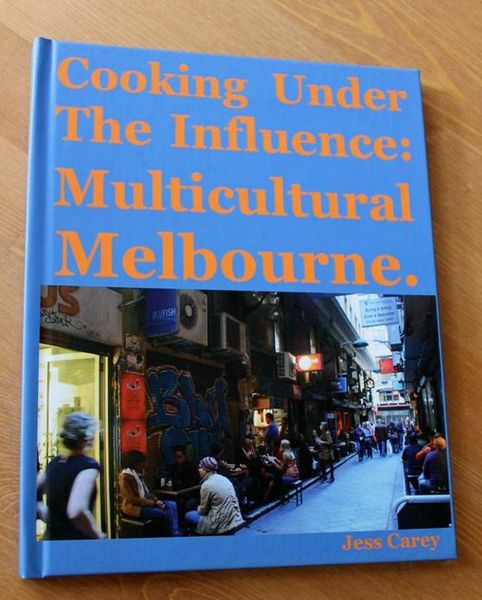 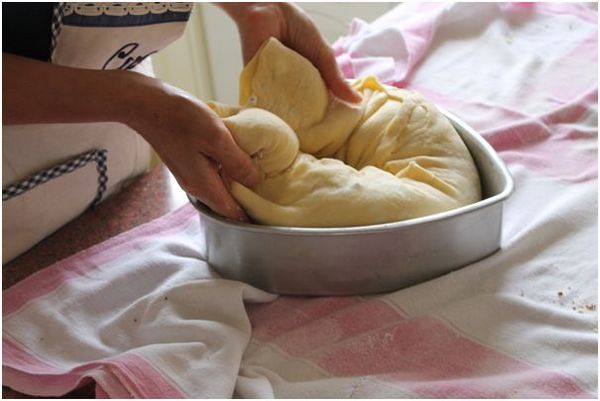 01 How would you describe the scope of your cookbook?

This book is basically my love letter to the food culture of Melbourne. I grew up in a big Italian family where food has always played a central role. I saw from a young age how powerful sharing a meal can be, particularly between different cultures where food serves as a universal language to help bridge communication gaps. I later realised food, as a communication tool, wasn’t a unique practice to my family, rather it formed the basis of a dialogue throughout my city. In, Cooking Under the Influence: Multicultural Melbourne, I highlighted my favourite ethnic restaurants, places and experiences in Melbourne through the recipes in this book.  In addition to Mexican, Thai, Chinese and Spanish dishes, I included a few family recipes from my Italian heritage that I really wanted to share. 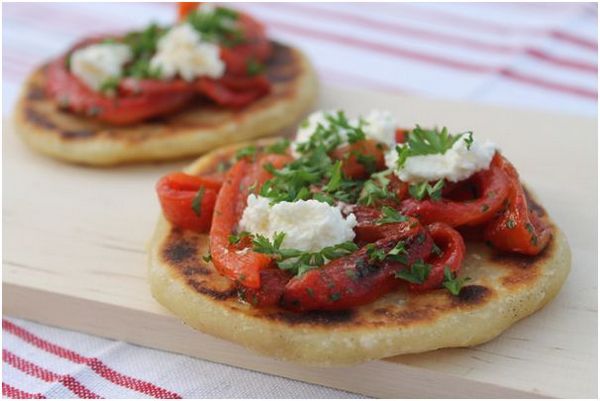 02 What motivated you to catalogue the city’s diverse cuisine?

I didn’t really go out looking for ideas so much as I was struck by the realisation that I had already accumulated some amazing recipes throughout the time I spent as a Melbourne food blogger. I love to write and compile information.  One night after completing yet another blog post, my husband jokingly mentioned “You should just write a cookbook!” The idea of writing a cookbook wasn’t so outlandish after all seeing how it would  be a great opportunity to share the experiences and recipes I had already been collecting around Melbourne in addition to sharing recipes from my family.

03 How did the idea for this cookbook evolve as you were putting it together?

Despite the fact that I have never written a cookbook prior to this one, I had a strong vision as to how I wanted the book to come together. One aspect that helped differentiate my blog to other food blogs were the stories and recipes I included after each restaurant visit and recipe.  There is something meaningful by sharing background stories. Evidently, as I got to work on the book, I made sure the stories I gathered were prominently featured along side the recipes. That way, to a reader, the recipes would become more real, personal and easier with which to connect. 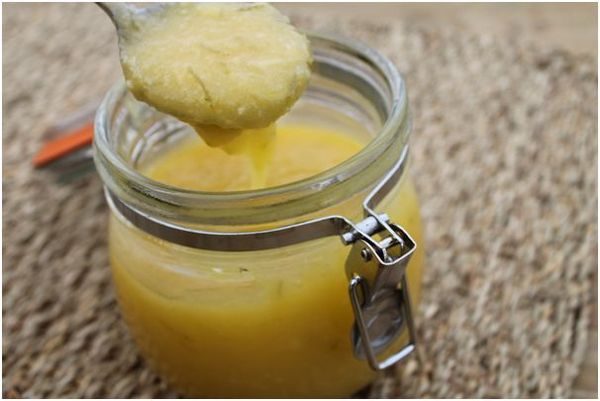 04 What did you learn after you completed the book?

I learned that there is so much more to Melbourne’s food culture that I could have possibly imagined before I started the cookbook.  I also learned there are  many people who have lived in Melbourne their entire lives and have absolutely no idea what a food gold mine they live in! Finishing the book has left me with a greater appreciation for the way food bridges cultural differences and its ability to bring people together; regardless of background or language. Sharing a meal is a universal act of love.

05 What is your favourite recipe from the book?

Oh that’s a tough one! My family recipes are obviously very special to me, especially the ones handed down to me by my grandmother before she passed away. I have a massive sweet tooth, so the recipes I enjoyed eating the most are the sweet ones like the peanut butter filled chocolate cookies. I also really love the white chocolate mud cake recipe, because it’s one of the recipes that gave me the confidence to actually write this book. Everyone seems to love this, even the non-dessert eaters! 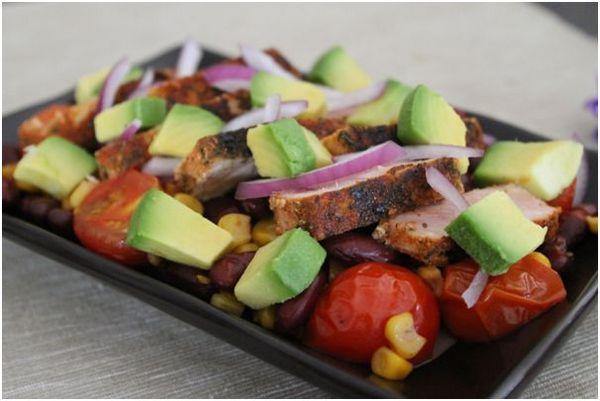 06 Why is Melbourne’s food scene so diverse?

Melbourne’s diverse food scene is owing to the immigrants who inhabit the city. Melbourne’s residents hail from over 180 different countries. Approximately 1/4 of the city’s population was born overseas.  Residents speak over 200 languages and represent over 100 faiths. People from around the globe have made Melbourne their home, and it seems that when people leave their homeland, the best way to maintain strong ties to their past and culture is through food. As a result of a rich history of families re-locating to Melbourne, the city has transformed into a global foodie paradise. International influences on food can be discovered everywhere from the big, celebrity-chef run Greek and Chinese restaurants in the CBD, to the little family-run Vietnamese and Turkish haunts in the suburbs.

07 Where is your book presently being sold? 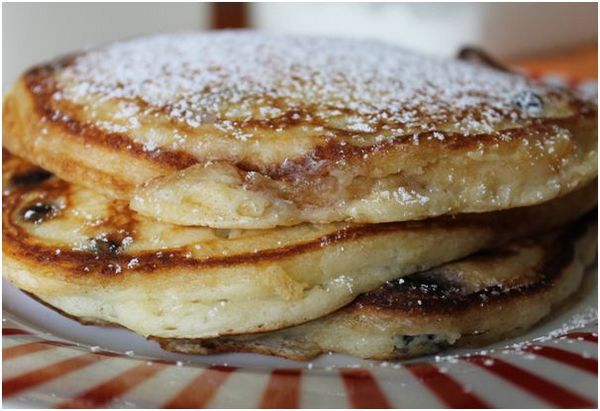 08 Since its launch, what has been the response towards your cookbook from the community?

Given the fact that I’m not a “professional” writer and this was a self-published passion project that was brought to life while working my real job, the response and success of the cookbook has been driven by word of mouth and social media. The overwhelming support from family and friends has been wonderful, but what I didn’t expect was how many orders I would receive from second and third degree connections who ordered copies after flicking through the book! It’s been incredibly humbling to hear how much people have enjoyed cooking new dishes they probably wouldn’t have otherwise tried. It’s also been very touching to hear that people loved the stories as much as the recipes themselves and really reinforced that no matter our backgrounds, we really can all connect through food.

09 Where are your three favourite places to eat in Melbourne?

Only three?! Oh that’s so cruel… it’s like choosing between children! Ok, let’s go with… 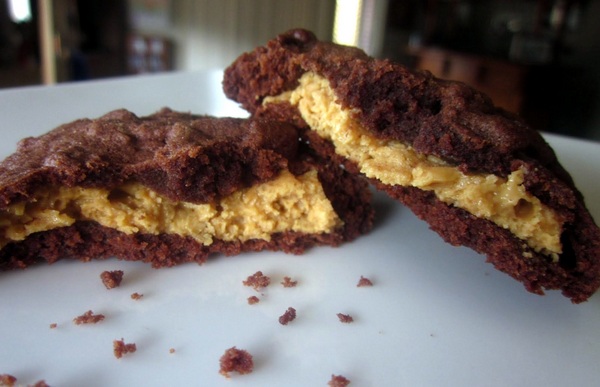 Photo Source: Jess Carey
Use these (to make 25)…
Filling:
- 375g jar crunchy peanut butter
- 3 tbsp icing sugar
Chocolate cookie:
- 225g butter, chopped, microwaved for 30 seconds
- 3/4 cup caster sugar
- 1 large egg yolk, at room temperature
- 2 tsp vanilla extract
- 1 1/3 cups plain flour
- 2/3 cup cocoa powder
INSTRUCTIONS:
1. To make the filling, spoon the peanut butter into a bowl and microwave for 30 seconds. Mix in the icing sugar, and refrigerate.
2. Pre-heat the oven to 190C and line two oven trays with non-stick baking paper.
3. Mix the butter and sugar in a large bowl with a wooden spoon to form a paste, then beat the egg yolk and vanilla extract with an electric mixer.
4. Sift the flour and cocoa powder into the bowl and mix until well combined.
5. Scoop out a heaped tablespoon of the dough and flatten gently with your hand onto the baking paper.
6. Remove the filling from the fridge and place a teaspoon of it onto the centre of the flattened cookie dough. Gently fold the dough over the filling and smooth it over to make a ball.
7. Work your way through the rest of the dough and filling in the same way, washing and drying your hands in between every few cookies to stop the dough sticking.
8. Bake for 15 minutes, then transfer to a wire rack to cool.
** Keep in an air-tight container for 4 days.
Tags: book / cookbook / ethnic food / food / Melbourne
1 comment

One Response to “Cataloguing Multicultural Melbourne”