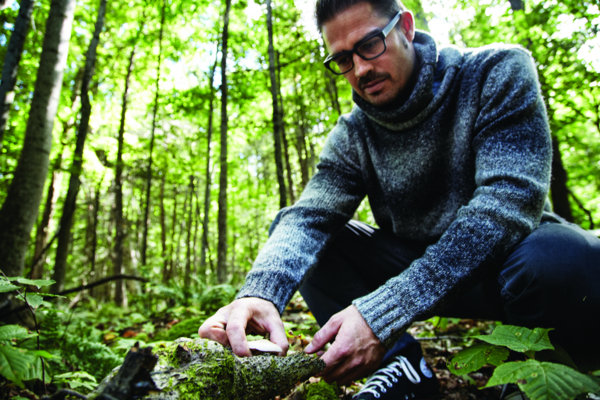 Growing up in Denmark on a small “hobby farm” left a mark on New York-based fashion photographer Danny Christensen. “We had everything: cows, horses, pigs, rabbits, chickens, goats, ducks, geese, cats and dogs,” says Danny. “As a kid, I understood where my food came from and the circle of life because I touched it, I was a part of it, I saw it, I felt it.” Mealtime was often a group effort that truly embodied the meaning of farm-to-table, rather than one that required a trip to the grocery store. “The chicken that I fed yesterday is now on the table to feed the family.” 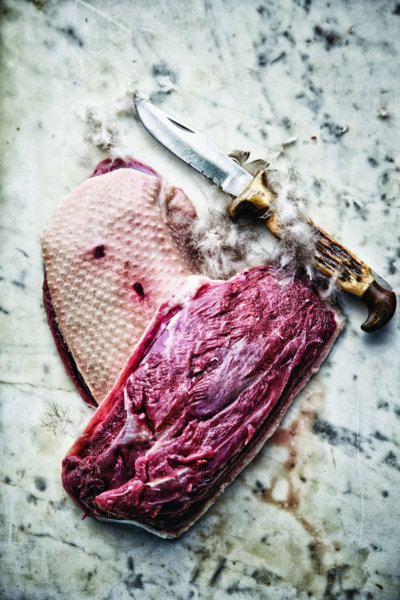 Christensen splits his time between New York City and the greater state, where he has parlayed his passion for food, hunting and cooking into an educational website and video blog called the Urban Huntsman. Episodes and posts feature Danny and his friends and family hunting, fishing and preparing a meal from their daily catch. He offers recipes such as rustic venison pizza, as well as useful tips, including how to build a fish smoker from a flower pot. 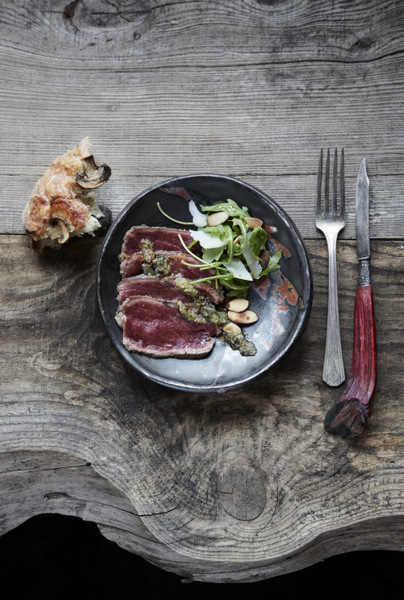 Urbanization continues to widen the distance between consumers and their food. Despite urban horticulture starting to catch on, and increased interest in buying fruits and veggies local farmers’ markets or CSAs (Community Supported Agricultural groups), what about our connection to meat? Danny’s mission is to educate meat-eaters about the lifecycle of an animal, bird or fish from the wild to the plate, encouraging a closer look than the butcher shop or supermarket shelves can offer. In terms of further education, Danny advocates actively hunting down information. “You’ve got to get out there. Reading about it means nothing, you have to feel it!” 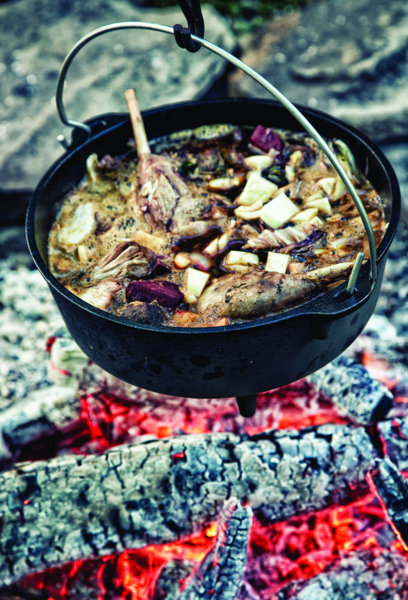 01 Why did you create the Urban Huntsman?
It’s a tough question to answer. There are so many reasons. Fundamentally, I want to educate people and show them that there is a different way to think about our impact on the earth and the environment. To show, as the superior animal on this planet, we have a responsibility towards the rest of the beings that inhabit the earth. For example, hunting in the US carries a stigma. It’s considered something negative because people kill for “fun”. But hunting is so much more than that. It gives us a profound connection to nature and our fellow animals.When you hold a deer or rabbit in your hands when it’s still warm, you feel it, it touches you and you respect the animal and it’s life.

Today, people are hardly connected to their sources of food. With urbanization, people venture to the city and loose all contact and understanding of where food comes from. People shop at grocery stores and buy a piece of chicken breast that has already been wrapped in cellophane. There is no connection between the chicken and where it came from in this format. The chicken breast is simply a dead thing. although it used to be alive. Its fate was sealed by someone’s desire to eat chicken. We outsource that physical part of killing animals but we are still involved in the food chain. Now that we are removed from the hunting equation, we try to act responsibly and ensure animals have a good life, and are slaughtered in painless, stress free ways.

So with The Urban Huntsman, I show people that it is possible to hunt, harvest, shop and feast based on the philosophy that we are responsible to our fellow beings on the earth and to the earth itself. 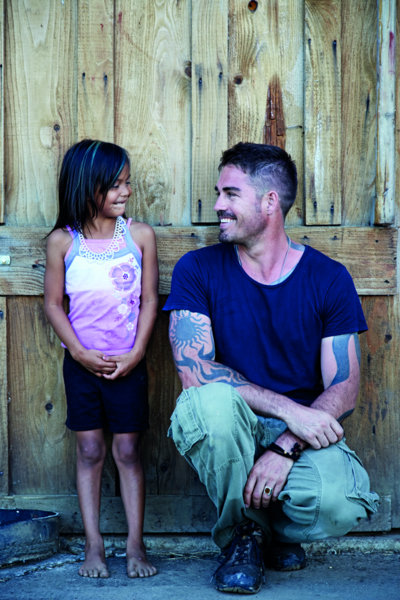 02 Who is on your team and why did you choose to work with this group of people?
My right hand for most of the project has been Rasmus Linaa. He’s a fellow Dane with a big passion for food. He’s also a photographer and a videographer. We share the same aesthetics and we both see the beauty in everything, including killing your own food. The rest of the gang consists or various people I draw into each project like my friend/chef Owen Clark is a fellow outdoors-man who grew up in Colorado, hunting and fishing, Chef Andrew George, a member of the Wet’suwet’en Nation from British Columbia, taught me a lot, not only about native food history, but about the profound respect and honor for animals and mother earth. I work with director Simon Steuri, another tree hugger like myself,who shares my sensibility to everything living – and last but not least, my wife Yael. She is a big inspiration for everything I do and is an amazing cook.

03 What sources helped build your knowledge base around hunting?
Searching local hunting clubs and asking around.  Hunters are very open to introducing new people to the sport and its traditions. Another good source of information in the US is the  US Fish & Wild Life Service and Outdoor Life. 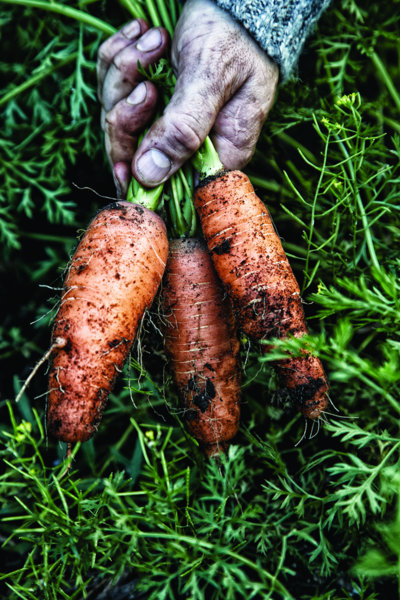 04 What have you learned over the course of developing the Urban Huntsman?
That the time is right, people are open to learning and even the most hard core anti-hunters can be educated to a broader understanding of what hunting is and its merits.

05 Do you entertain at home or outdoors?
I love entertaining, primarily during the warmer months when we can be outside at my house in Woodstock, there we fire up the big stone BBQ with natural wood and cook all day. I sometimes have dinner parties in my apartment in New York City where I enjoy the company of many different walks of life with different point of views, especially on food and hunting. It’s important to me to introduce my philosophy through food, because we all need to eat.  There is quite often wild game or fish on the menu and what ever my garden has ready for me at that specific time of the year, so also very seasonal. 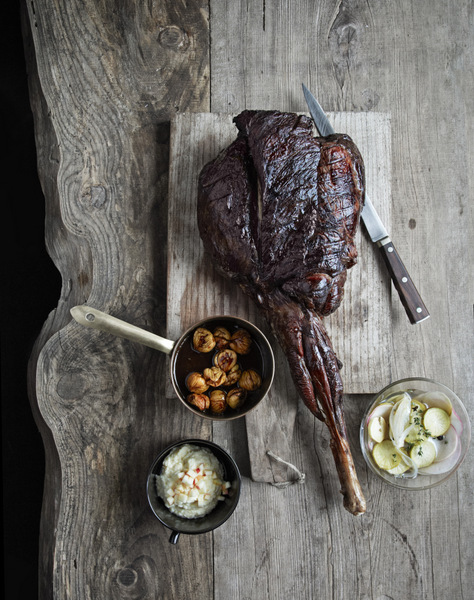 06 Do you have any hunting mentors?
My dad Anton’s best friend Anton is a mentor- yes they are two different people. He introduced me to hunting and fishing when I was five years old. But the interest has always been there, it’s in my DNA – it’s in everyone’s DNA, it’s simply so suppressed in most people that they feel absolutely no connection any more, but it’s just dwelling.

07 What is next for you?
There are a lot of plans for The Urban Huntsman. We just finished filming a pilot for a TV version of the project. I have amazing commitments from very prominent people including chefs, politicians and well as representatives from native american tribes and simple people from the projects in New York City etc who all wants to join me on future adventures – so keep an eye out for Your TV listings