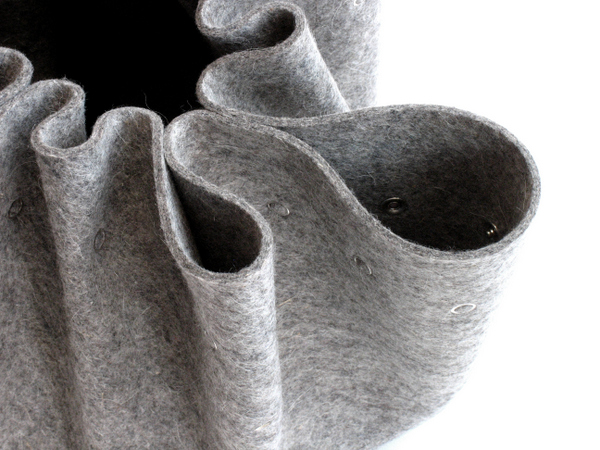 Letting the material guide his creations, Oakland, California based Josh Jakus shares his iterative, exploratory process involved with wool/felt can mean not knowing what the end result will be until the product is almost done. “Creating new designs takes me a long time” says Josh.  “Sometimes years, and at least, a few months.”

Josh started his design career as an architect and had a furniture studio on the side of designing buildings. After fiddling around with a large roll of felt that was left in the office by one of his studio mates, he considered how it might be easier to bring a soft good to the market than creating a piece of furniture, so he started exploring the idea and material further. “The first thing I ever made from felt was a bowl. This was before I did the UM bags, which launched my ‘career’ in felt.” Under the name, Actual, Josh and his team produce a variety of felt products for people (handbags and ties) and places (lamps, coasters and bowls) with local manufacturers in the San Francisco Bay Area.

01 How would you describe the style of your work?
I let the natural qualities of the material I’m working with guide me. So I don’t do ornamentation or prints/patterns. My work probably appears plain to some, but if you look closely there’s a lot going on.

02 Can you describe the process involved with creating a new item?
I start by exploring the qualities of the material I’m working with: structure, weight, and texture. Then I think about how to form and attach the material, and find the simplest way to put it together. And after that I think more about the potential use of what I’m making. So I don’t really have an idea of what I’m making until it’s almost done! 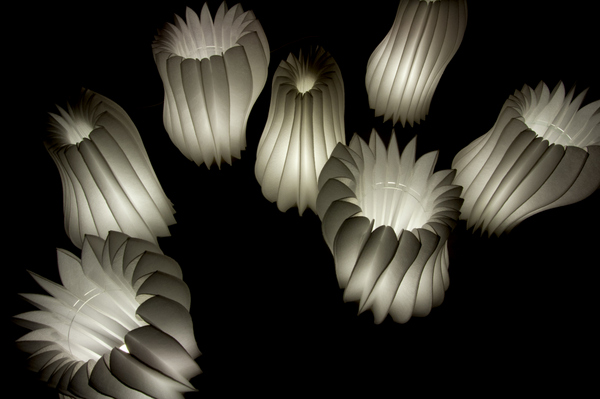 03 Why did you choose to design the Shumai bowl?
Well, that Shumai began as an abstract sculpture and then was a hat, and then became a bowl… Actually the first thing I ever made from felt was a bowl. This was before I did the UM bags that launched me ‘career’ in felt. But I never produced that initial bowl, so I was pleased to do another one. 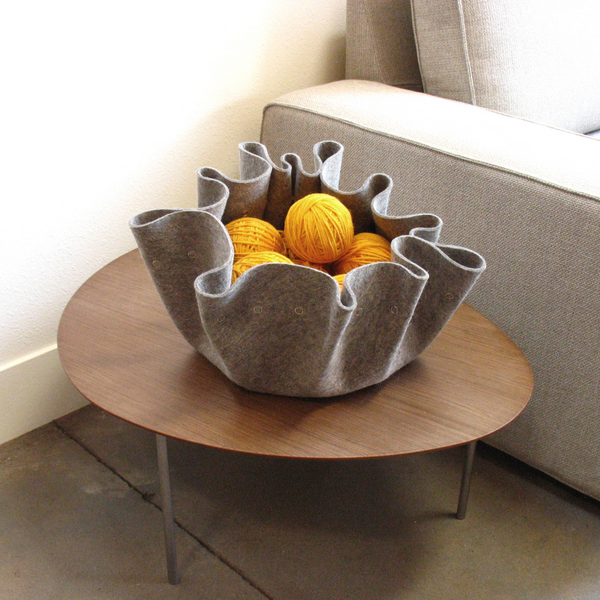 04 What type of felt do you typically work with?
I work with industrial wool felt, mostly from Asia/India, and also higher grade designer felt from Germany. There is almost no felt being made in North America on a production scale.

05 What is next for your company?
We are going to try to use our production chain to make things for other companies. I’m hoping this will help others at the same time as helping us expand our ability to explore and make new things.

06 Do you ship internationally?
Yes, we ship direct from our website www.actualsf.com to almost everywhere in the world. Shipping is pretty reasonable. 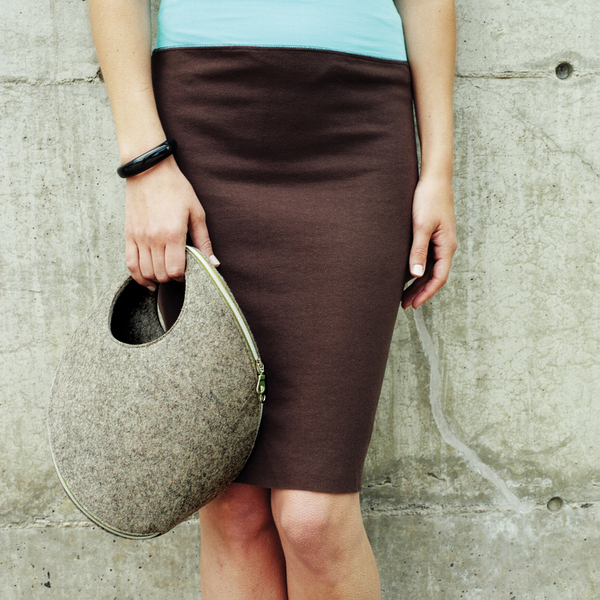 07 Do you entertain at home? What’s on your table?
I do very little entertaining! I moved into a new loft a few years ago and it’s still under a constant state of construction, so I’m waiting till it’s ‘done’ before hosting lots of people. Honestly my table usually has material samples or prototypes on it!

08 Are there any unique/special cultural traditions related to inviting family or friends to your house that you can share with us?
As a hobby I play bluegrass music. There is a tradition of a ‘picking party’ where everybody brings their instruments and plays late into the night. At the same time, people eat and drink, usually in a pot luck style. Come to think of it, this is the type of entertaining that I do at my place; probably because it’s so informal and people don’t care if the surroundings aren’t perfect.