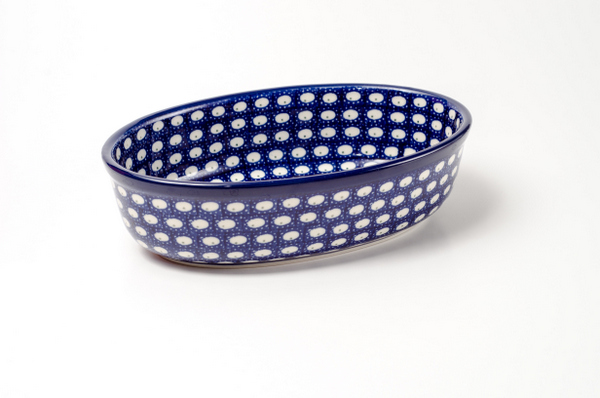 The town of Boleslawiec, located in the Lower Silesia region of Poland, has been involved in stoneware production since the 12th century.

Despite this region’s numerous rulers and border changes, Boleslawiec’s link to pottery is attributed to its geographic position along the Bobr River where the town has benefitted from seams of kaolin, the fine grain white clay essential to making ceramics. 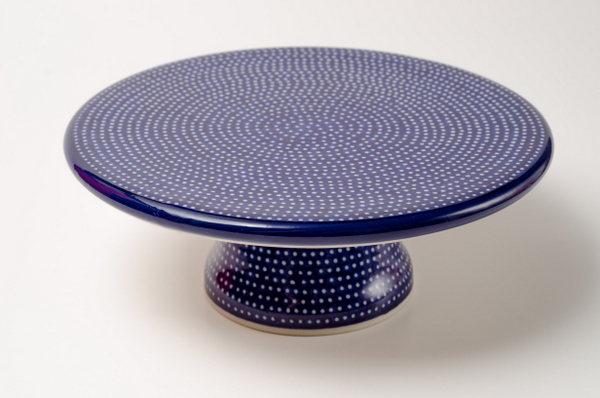 In 1897, a professional ceramics school was established in Boleslawiec, (the city was formerly known as Bunzlau), and made great inroads in advancing the craft, its production and its design.

While a significant portion of the potteries were destroyed in WW2, the local industry was revived in 1946 by Professor Tadeusz Szafran and continues to turn out beautiful pieces 65 years later.

Artisans use a hand cut sponge to transfer or sponge the pattern onto the clay.  Polish pottery’s most well known pattern is the “peacock eye” motif. However, equally popular patterns include stamped dots, florals and botanicals. 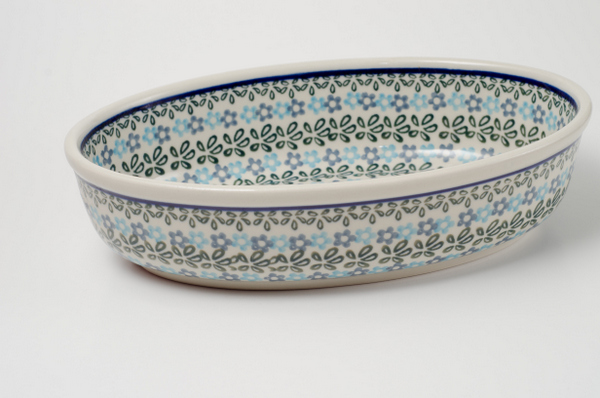 New patterns and designs are being invented and on a recent trip, pieces bearing hearts and star patterns were sighted.  Demand for Polish pottery used to be concentrated to those living in close proximity to the Lower Silesia region, namely collectors and everyday users in Germany and other Central and Eastern European countries.  Today its reach has extended to all corners of the globe including Japan, the US, the UK and Australia. 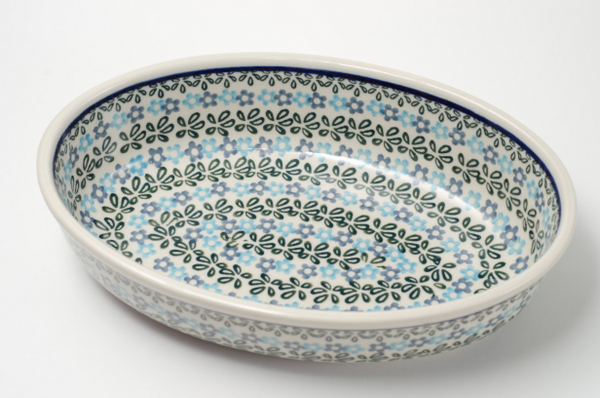 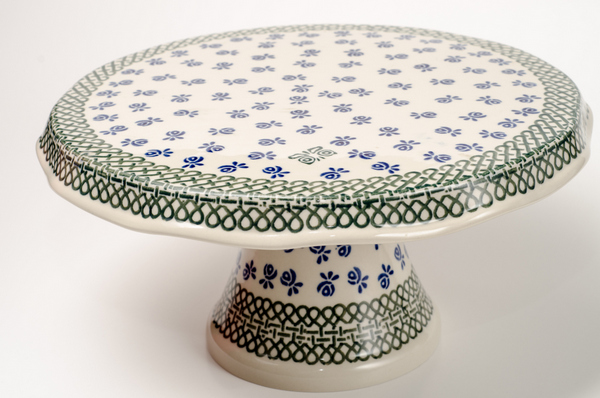 When we visited, not a drop of shelf space was left in the factory store of one of Boleslawiec’s famed Polish pottery shops.  From floor to ceiling, every inch was occupied by stacks and stacks of bright blue plates, casserole dishes, mugs, platters, teapots, vases and bakeware in all sorts of sizes and patterns.  By noon, you could barely navigate down the narrow aisles, due to the number of customers. 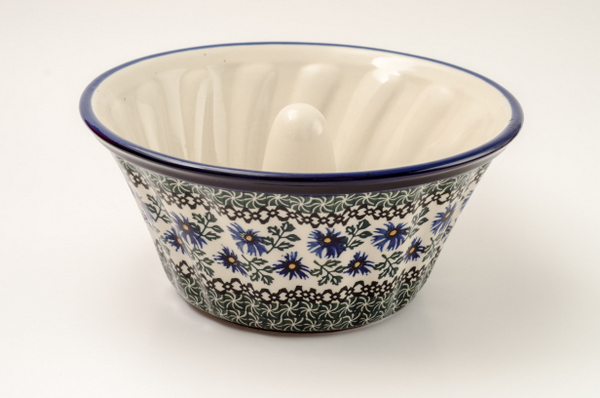 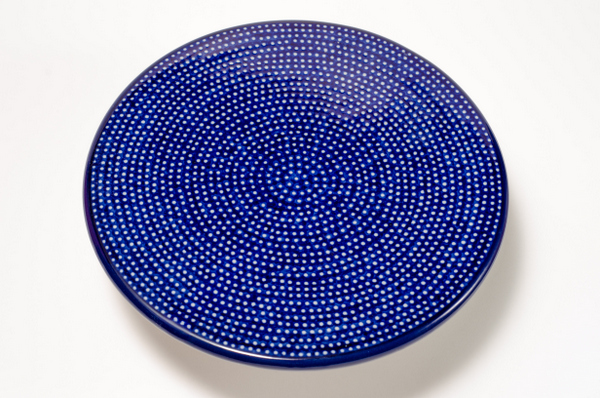