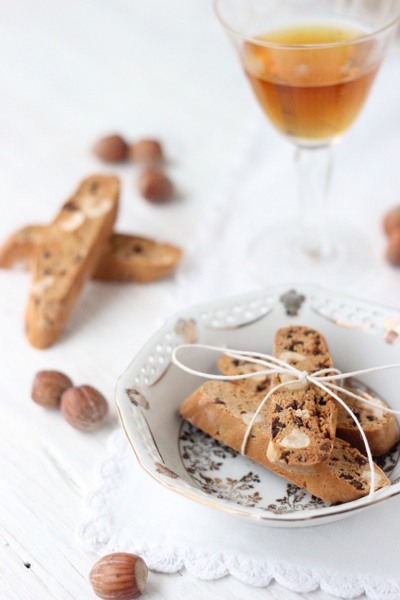 Tuscan cuisine is known throughout the world for its simple, yet rustic flavours. However, many of the Tuscan flavours we have come to love were born out of a population mired in poverty and lack of access to quality ingredients; it’s no coincidence Tuscany is known for its soups, not pastas.  One of the most celebrated culinary traditions of this region is the cantucci cookie, otherwise known as biscotti. Cantucci comes from the Latin word, cantellus, which means slice of bread. 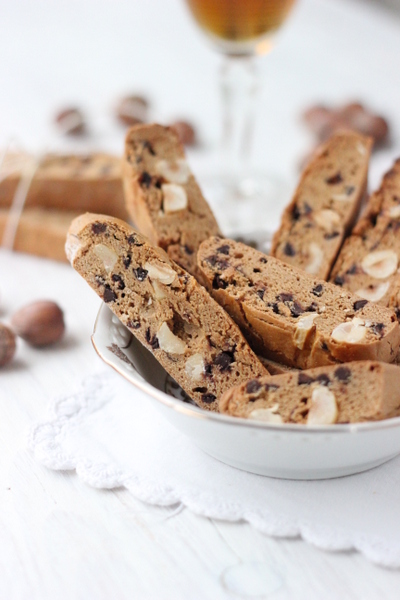 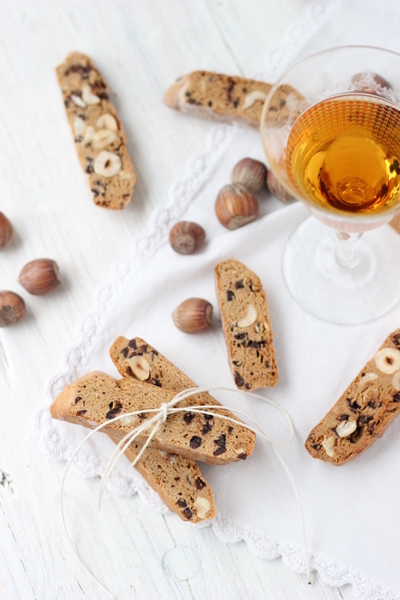 My recipe is a variation of the cantucci. Traditionally they are made with regular flour (not chestnut flour) lemon zest, and lots of shelled almonds. Variations of the cantucci include the addition of pine nuts, pistachios, uvetta (raisins). A cookie that allows for freedom of the imagination! 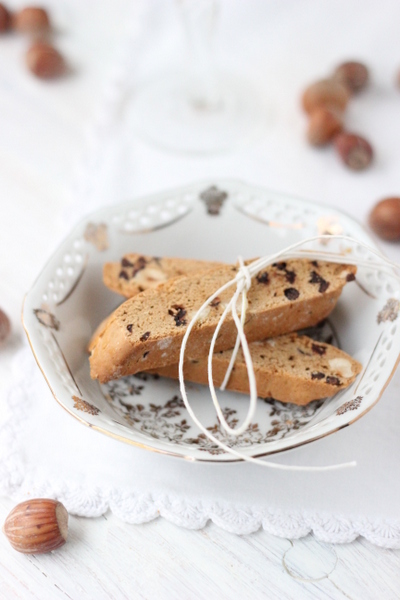 Preheat oven to 190C/375F. Sift flours with baking powder and set aside. Beat the eggs with the sugar and a pinch of salt until they become swollen and foamy. Add the warm melted butter, to the egg and sugar mixture and keep stirring. At this point, add the flour, mixing a little at a time until all the ingredients are combined (the dough will look soft and crumbly).  Finally, incorporate hazelnuts and chocolate chips. Pour the mixture on a floured surface and work the dough together with your hands until you get a ball. At this stage, try to be quick so the dough does not warm up too much.

Divide the dough into two equal size balls. Shape them into two long loaves (approximately 30 cm long, and no more than 5 cm wide and 2 cm thick). Line a baking sheet with parchment paper, place the two loaves on the baking sheet with adequate space between them so they do not stick while cooking.  Brush the tops of each log with egg and bake in the oven for about 25 minutes. Remove the loaves from the oven and cut them diagonally into 1 cm cookies.

Lower the oven temperature to 170C/340F and return the cookies to the oven arranging them on their sides and bake for another 15 minutes until they appear golden. Make sure you do not overcook the cookies. Let them cool completely on a wire rack before enjoying them or storing them in a tin box.