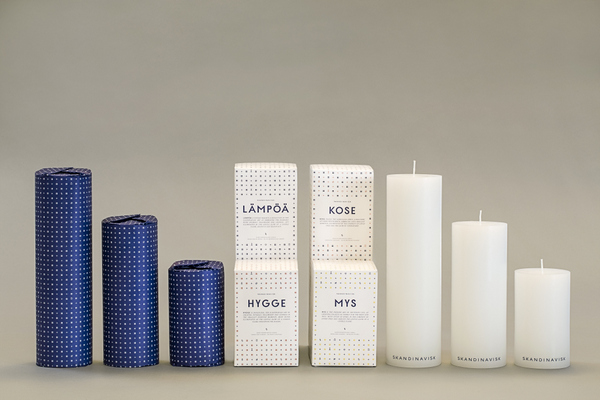 Made In: Copenhagen Skandinavisk Candles

After two decades of living an international corporate life, Shaun, one of the co-founders of Copenhagen candle brand, Skandinavisk, is fulfilling a lifetime ambition.  Skandinavisk, a candle company he and his business partner, Gary, launched in February 2013, can already be found in design shops in London, Paris, New York, Stockholm and Copenhagen.

The pair is focused on telling the world about small Scandinavian moments through the company’s line of traditionally made, hand poured, unscented candles that burn without smoke or dripping.   “Burning candles is part of the lifestyle that I think makes Scandinavians the happiest nations on earth, and I couldn’t find a better symbol of this lifestyle than the humble candle” Shaun explains.

“Scandinavians burn more candles than any other nation on earth (An average Dane, for example, burns 20 times more wax than a Brit).”  The habit supposedly originates from the centuries-old need to gather around a source of heat and light during the long winter months. “Over time, burning candles has translated into an emotional state that helps define the DNA of the region – of fellowship, informality and conviviality- Of Danish hygge.” 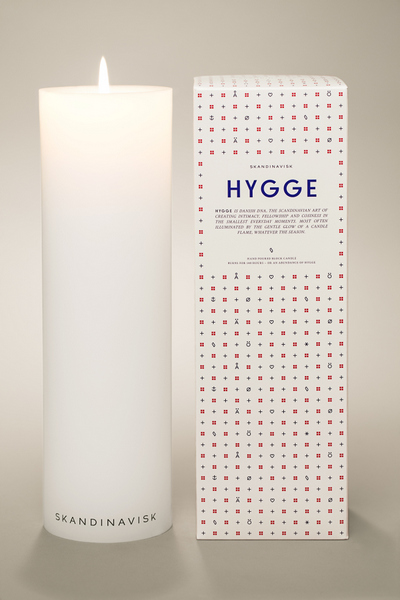 01 Who are you/please introduce yourself
I’m a 42 year old Englishman who has traveled the world and chosen to settle in Copenhagen. I have lived the international corporate life for almost two decades and I am now in the process of fulfilling a lifetime ambition to start a company which has the potential to give something back to its customers.

02 Where are you based?
Copenhagen. This is my second time here. I lived here between 2001-4, then went to Stockholm between 2004-10 and now I am back here. Before that, I lived and worked in Australia, US, Canada, Germany and Switzerland. Originally, I am from London.

03 How long have you been designing candles?
I don’t design the candles, I design the story that surrounds them. I wanted to start a company telling the story of small Scandinavian moments – the lifestyle that I think makes Scandinavians the happiest nations on earth – and I couldn’t find a better symbol of this lifestyle than the humble candle. I then searched for the best candle company I could find and they produce the candles for me. It’s a Danish company that has been producing candles for 60 years -  I think it’s interesting that candles are such an under-prioritized commodity and yet a single flame can transform a moment; And always for the better.

04 What materials are used in your candles?
The traditional method of production – hand pouring wax into individual moulds – combined with the secret combination of ingredients – a mix of vegetable stearin, refined paraffin and organic beeswax – creates a candle that burns slower and glows deeper than any other candle I have found; Without smoke or dripping. Aside from the incredibly slow burn, I think the most significant feature of the candle is how the flame creates a fantastic glow through the body of the candle – even when seen in daylight! You must buy one and see for yourself… 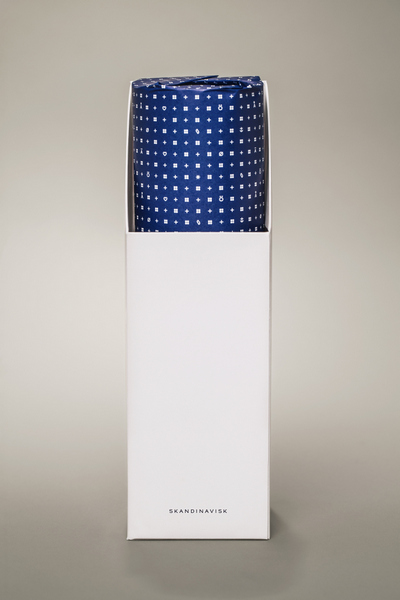 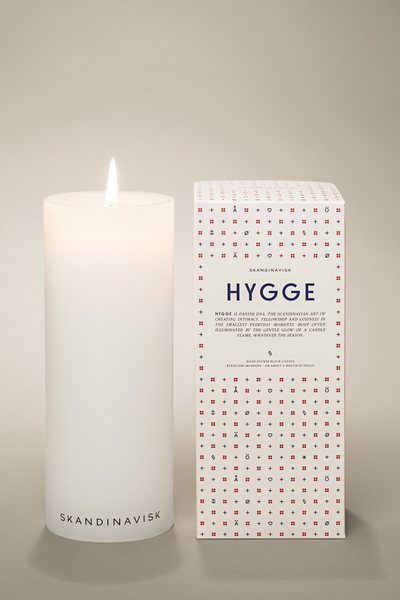 05 Why candles?
Scandinavians burn more candles than any other nation on earth (An average Dane, for example, burns 20 times more wax than a Brit). Candles are burned morning, noon and night 365 days a year. The habit originates from the obvious centuries-old need to gather around a source of heat and light during the long winter months. What I believe over time that has translated into is a more emotional state that helps define the DNA of the region – of fellowship, informality and conviviality. Of hygge.

06 Do you entertain at home?
We entertain a lot and my wife is an outstanding cook and gardener. We have a house in the villa quarter, by the old Carlsberg brewery, surrounded by at least 80 varieties of rose and other plants. Our house is full of classic Danish furniture, white walls and splashes of colour on the walls from the art we find. On the Piet Hein dining table is usually nothing more than a couple of our own block candles. We then have a big terrace facing directly onto Jesus Kirke which is one of the most beautiful views in the city!

07 Can you describe a bit about the process in making the candles?
I think the video link I sent you describes it perfectly. Each candle takes a day before it is set. 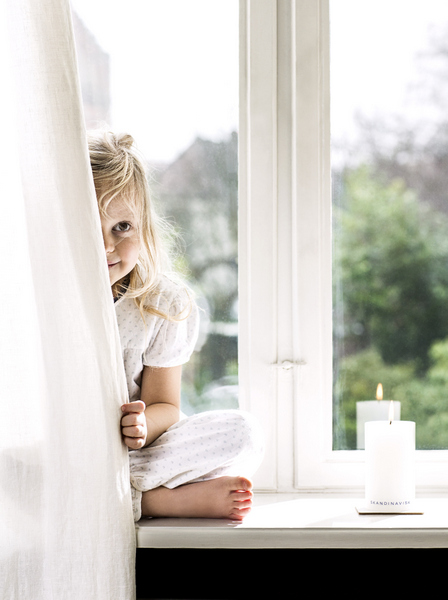 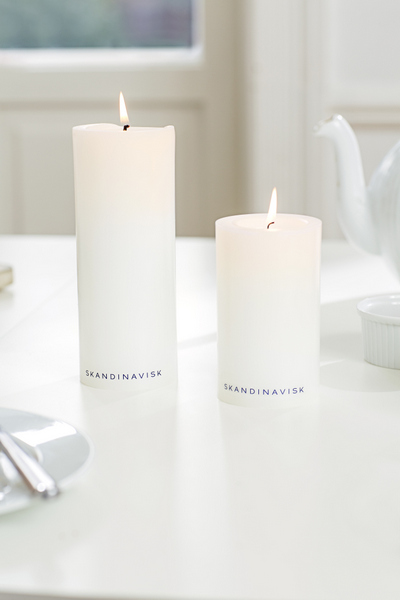 08 Where are Skandinavisk candles available?
We only launched in February (2013), but they can already be found in design retailers in London, Paris, New York, Stockholm and Copenhagen. We expect Berlin, Antwerp, Japan and Australia to be announced soon and have been positively surprised by the attention we have been getting.

09 What inspired the names of these candles?
The inspiration is from our belief that the reason Scandinavia is such an advanced and happy region is because of its inhabitants’ focus on enjoying small everyday moments as their primary source of energy and contentment in life. ‘Hygge’ represents a lifestyle choice which I think is unconscious for locals, but incredibly relevant to people outside the region. In Sweden, they use the word ‘Mys’, in Norway its ‘Kose’ while in Finland its ‘lӓmpöӓ’. All different words, but all reflect the same focus on life’s smaller moments.