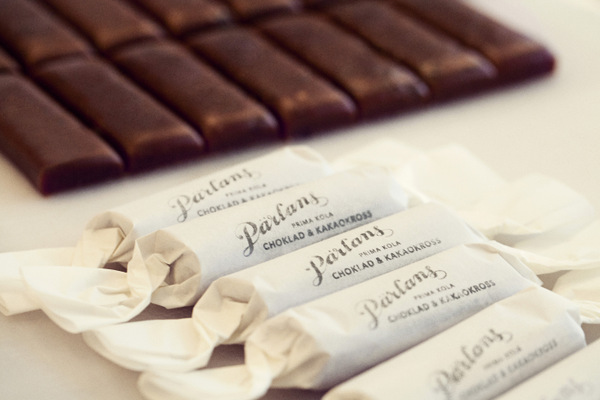 previous post: Did you try making: Jessica Fetchor’s Cream of Asparagus Soup next post: Artel Glass: The new take on crystal
May 6, 2013

Candy is meant to be stashed around the house and enjoyed by visitors who drop by.  I spent part of my weekend refreshing and refiling my own candy jars in anticipation of a month full of guests.  My philosophy: You never know when a sugar craving comes on and when a little piece of something sweet will do the trick.

I grew up in a house with candy, particularly jube-jubes, and have vivid memories of several family friends doing the same.  I would be over for a dinner or brunch and depending on the room, I would find an inviting canister filled with candy.  Cottages were particularly good for offering candy stashes.  At a friend’s cottage, for example, her aunt used to collect vintage tins (as decor) and fill them to the brim with all sorts of gummies, chocolates, and nuts. However, the most rewarding candy to find (for me) were the caramels.   In Canada, I remember eating one type of caramel: they were small squares, no bigger than your thumb nail, that came in two colours: light caramel and chocolate caramel.  They weren’t particularly gourmet and most often stale, but there was something enjoyable about unwrapping the clear plastic wrapper and popping the sweet into your mouth and embarking on a long chew.

I don’t know if you can even find those small, stale little caramels any more but there are more exciting options on the market! The girls behind Parlans Konfektyr churn out batch after batch of hand-made caramels using organic fresh cream, real butter, sugar and glucose in copper pots.

Who knew dancing and caramels go hand in hand? In the hip streets of Södermalm, a former gritty, working class neighbourhood in Central Stockholm, is a sweetshop producing fragrant batches of hand-made caramels that give a nod to the candy’s popularity in Sweden in the 1930s and 40s. Owner, Lisa and her friends came together as Lindy Hop dancers (a dance popular in the 30s and 40s) and share a mutual interest in the fashion, design, and music of the ear.  Traditionally, caramels were cooked at home over Christmas, but Lisa launched her business so people with a craving for the buttery treat and an appreciation for artisanal candy, could enjoy a piece (or five) all year round.  Although she has a background in food science and product development, Lisa’s training in caramel making was self-taught.

It wasn’t until a trip to Japan, when she was inspired by the beautiful packaging and sweets that she decided to put her idea into action along with the help of a few friends. Parlans launched in 2010 just before the holiday season and quickly gained momentum, or a “flying start” as Lisa says, by selling a variety of caramel flavours such as Vanilla + Sea Salt, Salty Liquorice, Chocolate + Cocoa Nibs, Peppermint, French Roses, Lemon + Vanilla, Arrack + Chocolate and Candied Ginger.

Parlans caramels are hand cut, hand wrapped and are made from organic fresh cream, real butter, sugar and glucose in copper pots. In addition to their sweet shop, Parlans caramels are sold in 30 to 40 retailers and deli shops throughout the country.

Note: Arrack is a distilled alcoholic drink made from palm sap that is used to make Swedish Punsch or is used as flavouring in baking. The Swedish East India Company started importing arrack from Indonesia to Gothenburg (Sweden) in the 18th century. 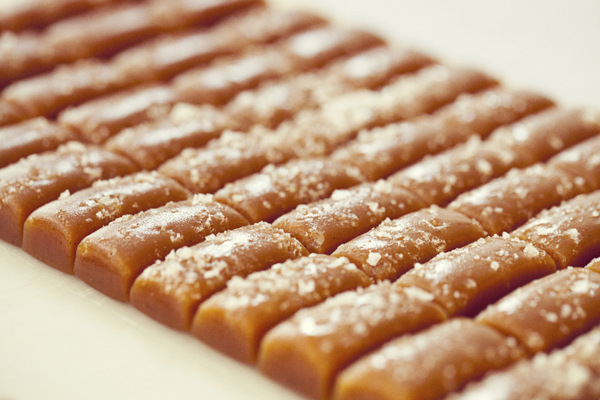 01 When did you launch Pärlans?
Pärlans sold its first caramels just before Christmas 2010. We had a flying start, selling caramels to companies as Christmas gifts, and a few nice magazines wrote about us! In January we found our first retailers.

02 Why did you launch Pärlans?
I had been working with food as a product developer for at couple of years, and wanted to start my own company. I had a lot of ideas for products, but during a trip to Japan I decided to do gourmet sweets. I was really inspired by the beautiful packaging and sweets in Japan.

03 Is your background in candy making?
My background is not in sweets. I have a degree in Food Science and had been working as a product developer in the food industry. I learned how to cook caramels from reading Internet forums that discussed how to make the best caramels. I spent a lot of time experimenting in the kitchen and visited both Paris and New York to taste test as I noticed there were a lot of French and American people who were really into making caramels. 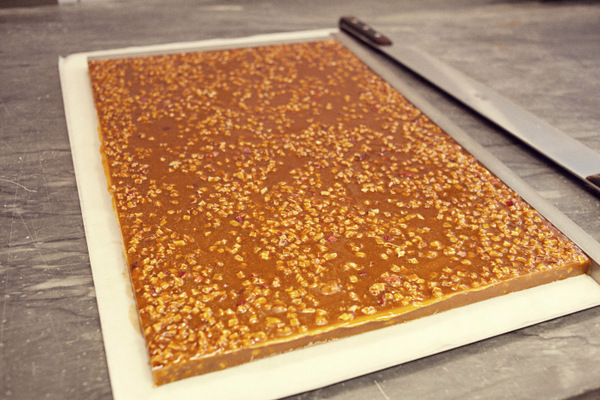 04 Do you entertain at home?
I love cooking and inviting friends for dinner! And I like to try new things, so you seldom find the same thing on the table again and again.

05 What’s the link between caramels and Sweden?
Caramels were really popular in Sweden during the 1930s and 1940s.  Swedes also tend to cook caramels at home for Christmas.  These days it seems like a lot of people have developed a craving for caramels all year round!

Pärlans Konfektyr Location: Their kitchen and shop is located in Södermalm, a neighbourhood in Stockholm. Nytorgsgatan 38, 116 40 Stockholm
Their caramels are also located in 30-40 retailers and deli shops throughout Sweden. 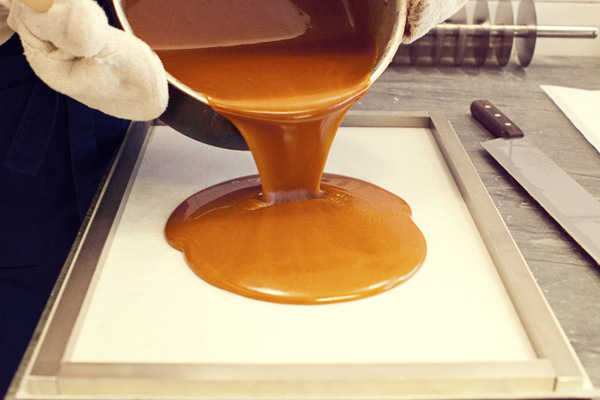 Get Your Caramel Flowing with These Recipes:

One Response to “Sweet Caramels from Stockholm: Pärlans Konfektyr”