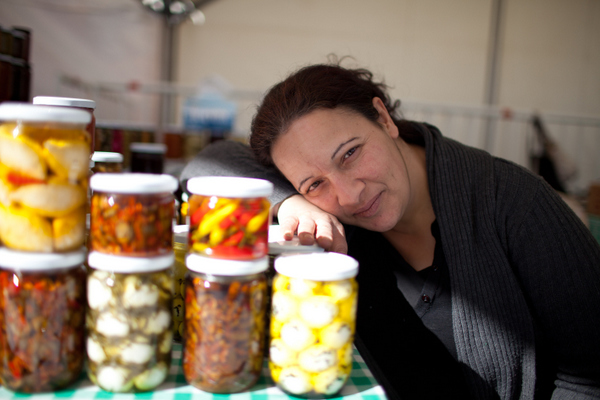 “Food is the best expression of tradition, yet people have lost the link with the origin of their food,” laments Kamal Mouzawak, founder of Souk el Tayeb, a Beirut food organization inspired to “Make Food, Not War.” The organization brings together farmers’ markets, food festivals, educational projects, and now Tawlet, a farmers’ market kitchen. As the son of farmers and producers, Kamal has first-hand experience about the generosity of the land and the connection between food and people. After travelling around Lebanon and exploring its ethnic and geographic diversity, he concluded that despite being a divided people, “we are all the same.” 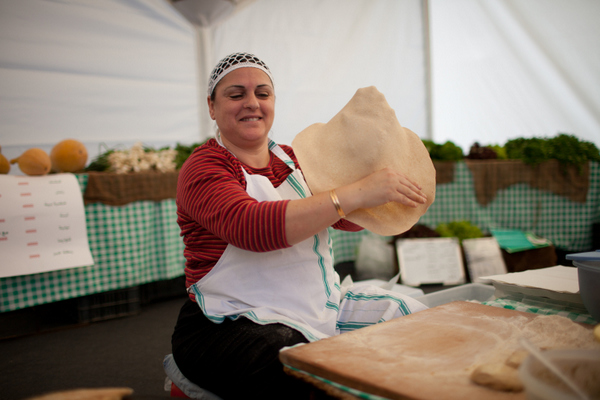 Kamal started Souk el Tayeb (Good Market) in 2004, later joined by social enterprise consultant and managing partner Christine Codsi, to create a common ground from which to showcase the wonderful food and agricultural traditions of his country. What started out as a weekly Saturday morning producer-focused farmers’ market blossomed into other food projects celebrating local specialties and promoting sustainable agriculture. The organization is as much about re-linking the urban and rural — the producer and the consumer — as it is about providing an engaging gastronomic experience. Take, for instance, Tawlet, Souk el Tayeb’s newest project that intentionally shifts the role of producers from “suppliers” to “chefs.” Set in an open kitchen, farmers become culinary ambassadors as they are invited to transform their own produce into regional delicacies for market patrons to try.

“Food is just a commodity product on a supermarket shelf. We have forgotten who planted it, who harvested it, and who cooked it,” says Kamal. With someone this devoted to championing local farming and food tradition, there is no doubt that his organization will continue to have a positive cultural and economic impact on Beirut and beyond. 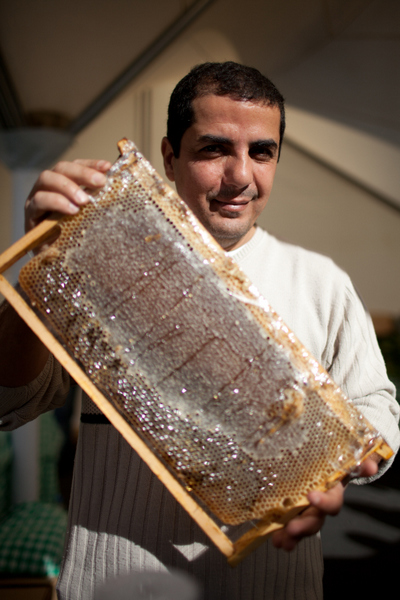 01  Which traditional Lebanese food items can be found at Souk El Tayeb?
In the market, you can find ingredients that are very much similar to Mediterranean products – most are typical to Lebanon or the eastern Mediterranean. For example, zaatar  made from wild thyme,  sumac and sesame that we use for manaiish (thyme pizza like bread) is available. There are also a lot of fragrant herbs, parsley and mint mainly for making a tabouleh. We carry loads of citrus in winter and the ripest peaches in summer along with pears, apples latter in the season.  Outside of fresh fruits and vegetables, you can find mouneh (natural preserves), cooked food, breads and cakes, plants and craft items all sold by the producers themselves.

02 What have you learned since launching Souk El Tayeb?
I have learned how close and protective people are about their food traditions and how much food tells the story of a people, their land and their history.  I also learned how a strong message such as  “make food not war” can bring people together around a common vision instead of fighting over useless documents.

03 How often do your markets run?
All year long – The summer season is slow, so we hold one big market every Saturday. The rest of the year there are around four markets a week.

04 What role does food play in Lebanese culture?
Like in every traditional environment – food plays a central role. People express love, care and grief through food.  Food can be both a national identity and a personal expression.

05 Number of farmers involved in Souk el Tayeb:
100 farmers, producers and cooks from around Lebanon.

Lebanese Dishes to Keep on your Recipe Radar